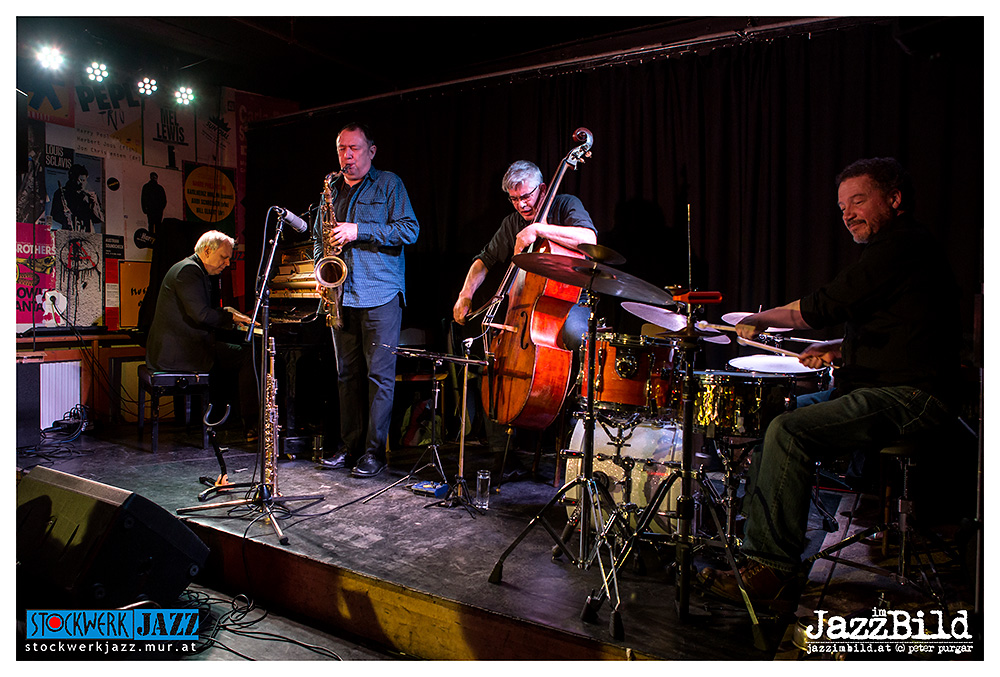 Frisque Concordance refers to a special group of improvisers who are under the guidance of Georg Graewe. Their 1992 concert is their second in consecutive years. All of the improvisations are under the Spellings heading. The band includes Graewe on piano and Martin Blume on drums. John Butcher plays saxophones. Hans Schneider plays bass. This is a typical Graewe-led group: slow, appropriately microtonal and hauntingly insistent in its use empty intervals (fourths/ninths, etc.). To draw out his collaborators. Butcher then adds his squeaks sparingly, before reaching for parity to Schneider, who is playing arco in pianississimo before pizzicato! Blume reacts to this? Blume stutters about, stroking with his brushes and hands, and whispering along a pattern of accents. Then Graewe comes in and uncorks the situation, moves the dynamic tension up a notch, and then tows it back down. Midway through the third track, “C”, everyone is involved in a low-level striated dance. They are whispering about the spherical harmonic juxtapositions, contrapuntal figures, and Graewe. On “D”, Graewe first quotes Herbie Nichols (out-of-cadence), then George Shearing, then Lennie Tristano. After reworking them all to fit a D major base for exploration, Blume nutters about with his brushes and hit hat, The beautiful beginning inspires everyone else, as they each enter the conversation with great pauses and great economy of expression. Spellings was an auspicious concert. We are fortunate to have a recording. Allmusic