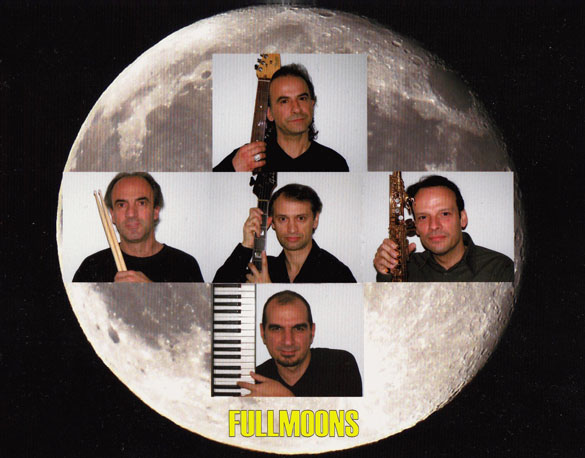 Fullmoons is a Greek Jazz-Rock group with Ethnic influences. The band was founded in 2004 and performed in small clubs around Athens. Their album, “Live in Studio”, was recorded by them in 2009 independently. They recorded seven instrumental compositions for the album, which was a mix of jazz/rock and traditional music from northern Greece. You can see some of their performances on “You Tube”. They performed live until the passing of Yiannis Apostolidis, guitarist. The band performs “Classic Rock and Blues Hits” today with a new lineup. Kostas Simatos provided the biography.