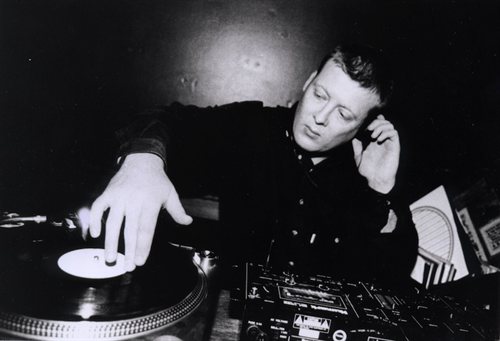 Funki Porcini is a musician and DJ from England, James Braddell. His music is a mix of Downtempo, Breakbeat, and Jazz with elements of Hip Hop and Drum and Bass, sampling, and time-stretched singing. His new album PLOD is independently released at http://funkiporcini.bandcamp.com Another album entitled ON will be released shortly on Ninjatune Funki Porcini began making music in San Francisco when he moved into the Residents’ old warehouse. After many years of experimentation with synths and other home-made industrial instruments, he moved back to England where he set up a studio in a London squat. He moved to Italy in 1984 and spent ten years there making music for television and film. He returned to England in 1994 and began recording under the name Funki porcini. Five albums have been released. He also collaborated with Rupert Small (aka Team Alcohol) on short films. These were shown at London’s National Film Theatre. They were released on DVD along with Fast Asleep. He also recorded under the name Giacomo Braddellini as part of 9 Lazy 9. Discography: Hed Phone Sex (May 1995 Cat. no: ZENCD017) Love, Pussycats and Carwrecks, June 1996, Cat. no: ZENCD023) Let’s See What Carmen Can do EP (April 1997 Cat. no: ZENCD050 The Ultimately Empty million Pounds (March 1999 Cat. no: ZENCD040 Fast Asleep (29 juillet 2002, Cat. no: ZENCD057) Plod (1 Dec 2009 independent release http://funkiporcini.bandcamp.com) On (3 May 2010, Cat. ZENCD144