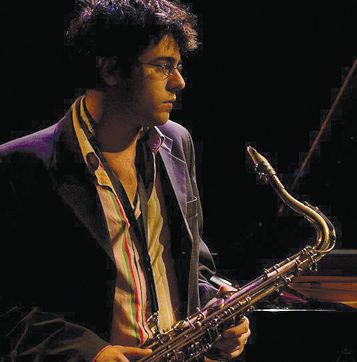 Bolla was born 15 October 1988. Bolla began playing classical music at the age of ten on the clarinet. He was 12 when he won the first prize in National Music Schools’ Competition. He began to take an interest in jazz towards the end 2001, inspired primarily by the jazz music his jazz-loving parents were playing. He began to learn the tenor and soprano saxophones, but he is mostly self-taught. In 2004, he was awarded the Hans Koller Prize in Austria as the Talent of the year. He was only able to play the saxophone six months before he was selected to perform at the Getxo Jazz Festival, Bilbao. He has been playing regularly with some of the best jazzmen from his country since then. Gabor qualified for the semi-finals at the Montreux Jazz Festival as the only Hungarian teenager. Although he was a big hit when he performed, he did not make it to the finals. He was well-received at both the Yatra Jazz Festival, India and the Bucharest Jazz Festival, Romania. Bolla has performed alongside Guy Barker and John Critchinson as well as Bryan Spring, Bryan Spring, Benny Golson (John Critchinson), Johnny Griffin, Roy Hargrove and John Engels. Bolla attends an ordinary secondary school, Budapest. Bio by Wikipedia