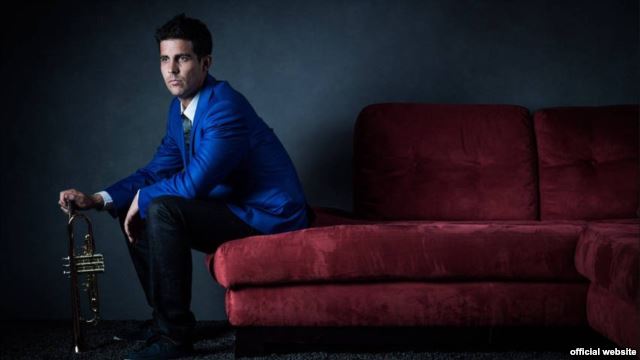 Gabriel Johnson was born in Santa Clara in California in 1980. He grew up in Salinas in California. His grandmother was his biggest musical inspiration. She taught him early on the importance of jazz and the arts. She was the one that told me to see Dizzy perform at the Monterey Jazz Festival in 1989. There I heard Dizzy and Freddie Hubbard, two of my all-time favorite musicians. Gabriel attended Boston’s New England Conservatory of Music. He studied jazz legends Danilo Perez and George Garzone while there. After finishing his education in Boston, he returned to California to live with his family for the past eight years. Gabriel, who arrived in LA in 2007, has been active in the LA studio scene. He has recorded or played with many musicians and bands including Jill Scott and Gladys Knight, David Foster and Faith Evans. 2007 was a turning point for Gabriel when Clint Eastwood asked him to play the soloist with his orchestra on Changeling, which was nominated for a Golden Globes award. Eastwood was once a trumpet player and said Johnson “plays like an singer”. This was a turning point for Johnson as he grew-up in Carmel, California, not far from Clint. Eastwood said that Johnson was a familiar face to him from his childhood. He also stated that he had heard of his love for music and was able to see Johnson as the soloist in Invictus’ Nelson Mandela biopic. Gabriel’s new album, “Introducing Gabriel Johnson”, will be released on September 25, 2012. It combines his trumpet sound with modern jazz and hip hop. The album “Introducing Gabriel Johnson” was released on September 25, 2012. It features the trumpet sound of Gabriel and modern jazz and hip-hop sounds. I spent a lot time listening to the Miles Davis and Gil Evans collaborations of the late 50s. Their beautiful, intricate and simultaneously accessible harmonys as well as the Stones Throw records that Madlib and J-Dilla have had a tremendous influence on me. D’Angelo’s “Voodoo”, which is characterized by its raw and unadulterated sexiness, was also something I listened to a lot. It might seem odd to some, but I found all the music to be exactly what I was looking. Music that is easy-to-understand, melodic and enjoyable, yet has a lot of depth and complexity. My idea was to combine all of these influences into a sound and world that would allow my trumpet playing, which has been so hard worked for, to shine. If I could successfully blend these influences, I could create an album that I was proud of as musician and that people from all walks could enjoy. This is something that is very important to my heart. “I really want my music make people happy.” The album consists of 10 original compositions as well as 3 covers. The album’s first single, “Wait A Minute,” is the opening track. It also serves as the catalyst for the rest. “Once I had “Wait A Minute” done, I knew that I was on to something. It has a simple melody. I would even say it’s almost a hook. The sparse beat and harmony provide a platform for my trumpet to shine. It was easy to find the right sound and mood and I was able play with it. I knew that the album was going to be a success. Johnson also praised Johnson’s version of “Codex”, a Radiohead song. Johnson said, “I’m really proud of it. I’ve always been a big fan of Radiohead and I was shocked when I heard it for the first time.” I knew I had to create my own version when I was creating this album. I hope people enjoy my version of it. It is definitely different from Radiohead’s original, but hopefully retains some beauty and melancholy which made Radiohead’s Radiohead version so powerful to us.” Johnson’s trumpet sound shines through on every track, including the raw, hip-hop-infused “The Chief,” the refreshing take on “Summertime” by Gershwin, the “Jazz Cats” or the infectious “Old School.” Johnson’s melodic creativity, trumpet sound, and infectious compositions will capture the ears. Gabriel also looks forward to performing in support of “Introducing Gabriel Johnson,” in the fall. I think that playing live with this music will make it even more fun. I am proud of the band that I assembled. They are world-class musicians and will make the live show an unforgettable experience for me, as well as for the audience. I hope people leave our show feeling happier than they were when they arrived and want to return. I also hope they feel grateful for my time and ears. This is what drives me to do what I do.” Gabriel plays a 1946 Martin Committee trumpet, and a New York Bach 3 mouthpiece from 1930’s. from http://gabrieljohnsonmusic.com