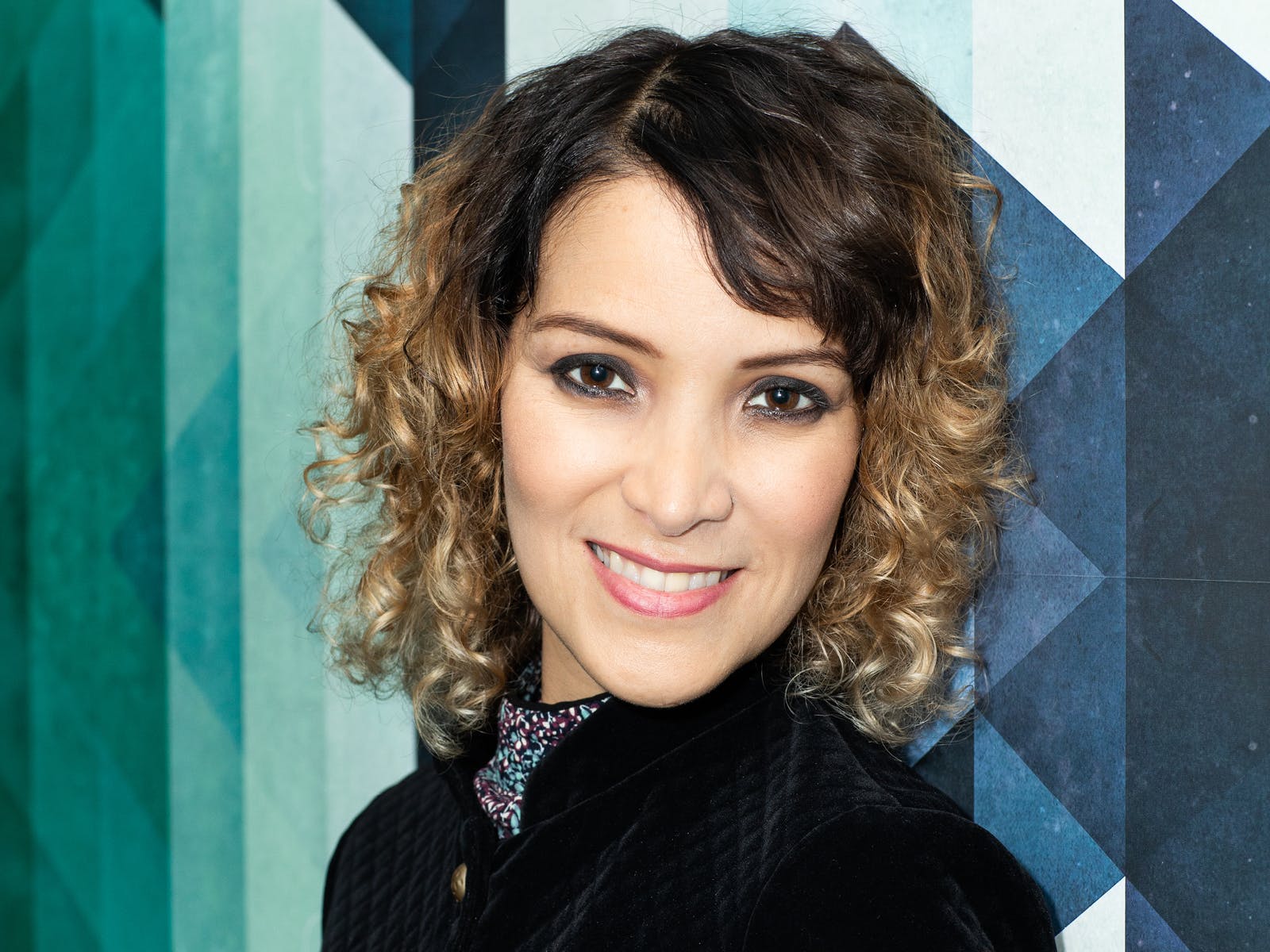 Since moving to Los Angeles from her native Guatemala, singer-songwriter-producer Gaby Moreno has released 5 albums, earned a Grammy nomination for her album, Illusion (Best Latin Pop Album, 2017), an Emmy nomination (for co-writing the “Parks & Recreation” theme song), and won a Latin Grammy (Best New Artist, 2013). She was the first Latin contestant to win Song of the Year in 2006, and she won the Grand Prize in the John Lennon Songwriting Contest. Gaby sings the theme song, and voices Marlena on the Emmy Award-winning Disney children’s television series “Elena of Avalor,” where Disney’s first Latina princess is featured. The emotional episode “God Bless America”, which featured Gaby’s moving rendition of “Cucurrucucu Palama”, was shown at the finale of the final season of Netflix’s original series, “Orange Is The New Black”. Moreno has performed on the international stage alongside pop music legends like Bono, Andrea Boccelli and Tracy Chapman. She also sang with Punch Brothers, Hugh Laurie (Buena Vista Social Club), Calexico, David Gray, and many others. She has also appeared on Live From Here, hosted by Chris Thile, a five-time Grammy winner and MacArthur Genius. Her new album “!Spangled!” The album, which is a collaboration between Van Dyke Parks, an American musician, songwriter, and arranger, will be released on October 4th by Nonesuch Records (Metamorfosis Latin America). The ten-song collection celebrates the movement of song across the Americas. It spans more than a century and includes a bolero (from Panama), a bossa nova (from Brazil), and an elegiac ballad (from the Southwest United States-Ry Cooder. John Hiatt and Jim Dickinson’s”Across the Borderline,” performed by Cooder and Jackson Browne. The album includes Moreno’s song “The Immigrants”, as well as a previously released track by Trinidadian songwriter David Rudder.