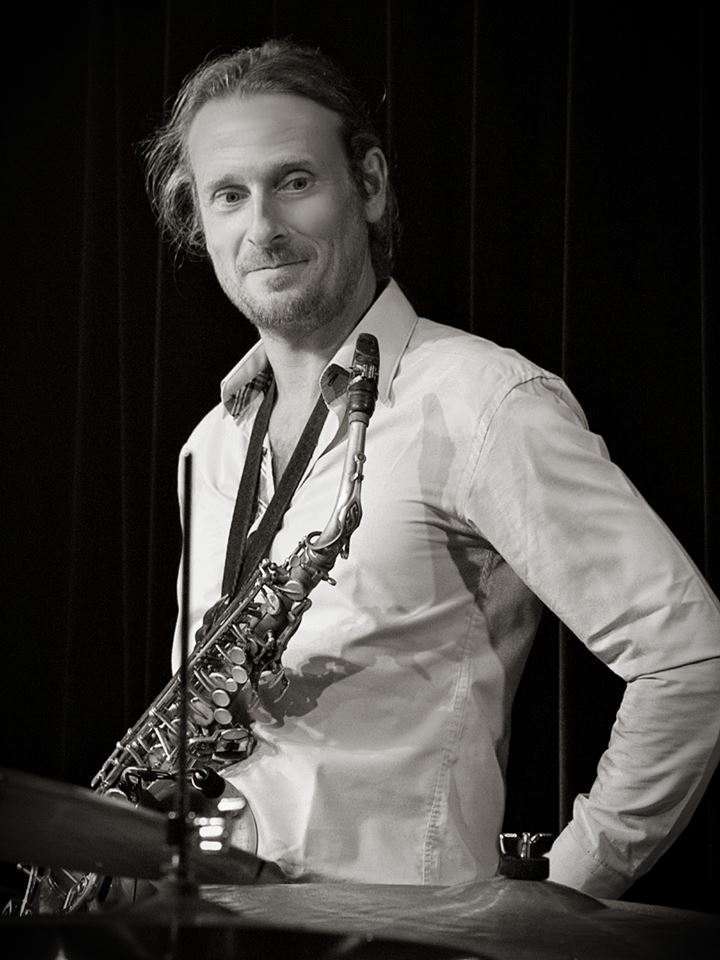 Born in 1975 From the age of nine, he studied music at Caen Jazz Action then in the class Jazz of CNR directed by Richard Foy and received a diploma of final study in Tonic Solfa. He then studies at the Villeurbanne National School of Music. He performed with Normandy drummer, JB Culot: ‘Live a puzzle’ (Arvi 95). In 1994, he joined Mu’s Collective. With this formation, he wins the competition at Vienna’s Festival in 1995 and La Defense in 1996. He records two records, ‘Live au Crescent’ in 1995 and ‘Don Quichotte’ in 1996 with label Seventh Records distributed by Harmonia Mundi. He toured France with the group. From 1997 to 1999, he toured in Spain, he recorded ‘Versus’ with David Sauzay and the Gael Horellou quintet (Fresh Sound New Talent) in Barcelona in 1999. In 1997, he trained with Philippe Garcia from Cosmik Connection. This project ‘electro-acoustic’ won the Printemps de Bourges competition in 2000: category electronic music. Two records: ‘Electro Jazz Quartet’ in 2000 (Plein gaz Prod) and ‘II’ in 2002 (Cosmic Prod). Performs several dates in France, the Netherlands, Czechoslovakia, Austria, Canada (International Montreal Festival). He participates in sextet of Laurent de Wilde and records with him ‘Time for Change’ (Warner Jazz 2000) and ‘Stories’ (Warner Jazz 2003). Tours in France and foreign countries from 2000 to 2001 and played in the quintet of Luigi Trussardi ‘Introspection’ (Elabeth 2001). In 2001 and 2002, he played in a trio with Michel Benita and Philippe Garcia. He records with numerous Drum&Bass projects: VHT, DJ Volta… In 2003 and 2004, he lead quartet ‘Non Harmonix’. from www.simonoviez.com