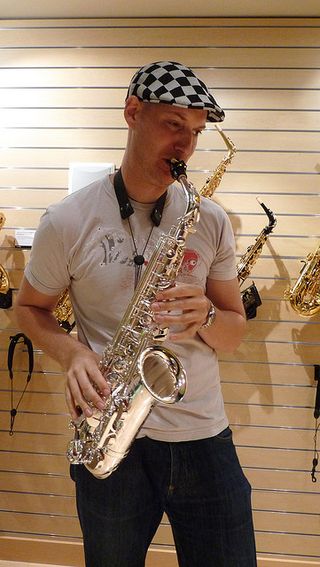 It was back in 2004 that a young saxophonist from Australia journeyed to Fort Lauderdale for a vacation aboard the Warren Hill Smooth Jazz Cruise. Whilst on board this same saxophonist entered the cruise ‘star search’ which had been set up to find smooth jazz talent from amongst the paying passengers and, under the watching gaze of some of the finest musicians that the genre has to offer, he duly won. That saxophonist was Gary Honor and after a spell in the United Kingdom (where he collaborated with Oli Silk) he progressed to work on a whole range of musical projects both in the USA and in Australia. Now, recognised by Trippin n Rhythm as an artist to watch, he is all set to make his label debut with ‘Heads & Tales’. In advance of the album’s May release the first single, ‘Close To You’, is being offered to radio. Not to be confused with the Carpenters song of the same time this is in fact an ultra smooth cover of the Maxi Priest hit which on the album can be found both in vocal and instrumental form. from http://smoothjazztherapy.typepad.com