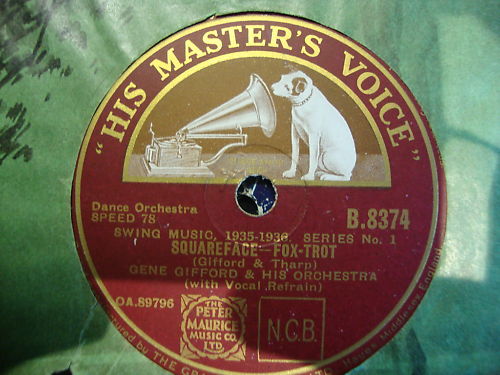 Gene Gifford, a well-known arranger during the swing era was almost unknown to the public. His work with the Casa Loma Orchestra predated Benny Goodman’s rise. Gifford was born in Memphis, Tennessee and played the banjo with his high-school band. Gifford has performed with Lloyd Williams, Bob Foster, and Watson’s Bell Hops territory bands. After touring Texas with his own band, he worked with Blue Steele (1928), switching to guitar, and Henry Cato’s Vanities Orchestra (1928). Gifford was known for his arrangements for Jean Goldkette and in 1929, he joined the Orange Blossoms which quickly became the Casa Loma Orchestra. Gifford was the chief arranger of the big band (he played banjo and guitar until he stopped active playing in 1933). Gifford was skilled at creating exciting ensemble charts, but he also had the ability to write beautiful ballads. This gave the Casa Loma Orchestra its personality and made it one of the most loved big bands in the pre-swing era. Gifford was responsible for many memorable compositions, including the Casa Loma’s “Smoke Rings”, “Casa Loma Stomp,” White Jazz,” Black Jazz,” and Blue Jazz. Gifford left the band in 1939 and began arranging music for other top bands and radio stations. In 1948 and 1949, he returned to Casa Loma (then called Glen Gray’s Orchestra). He then spent the rest of his life outside of music. He worked as a radio engineer and still wrote music. Gene Gifford only recorded one date, which resulted in Victor recording four songs in 1935. Allmusic