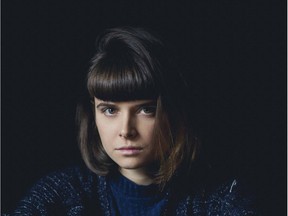 Gentiane MG, a pianist who has won numerous awards, began her musical education at an early age. She studied classical music at the Quebec Music Conservatory of Saguenay. In her teens, she was interested in composition and would eventually discover improvised music. She then moved to Montreal to complete a formal education at McGill University in Jazz Performance. She founded the Gentiane MG Trio in 2014 with bassist Levi Dover, and drummer Louis-Vincent Hamel. Gentiane MG has toured extensively throughout Quebec, Canada, and Mexico with this group. Eternal Cycle (Arte Boreal 2017) and Wonderland 2019 (Effendi 2019) are two albums that the trio have released. Three band members explore musical freedom, communication and using MG’s pieces to create a foundation for building upon. They also consider instrumental music as a means of profound expression. MG’s compositions are rooted both in jazz songwriting and improvisation, but also influenced by romantic and impressionistic classical music. Gentiane MG is a member of Yannick Rieu’s Generation Quartet and has toured extensively throughout China with them. Recently, she co-produced Convergence (MCM 2020), a duo album, with Frank Lozano. She also performs regularly with the Montreal National Jazz Orchestra. MG has won numerous awards for her work as a trio including the Francois Marcaurelle de la GMMQ Award 2017, the Radio-Canada Jazz Award 2018 and the OPUS Award Discovery of the Year 2020. www.gentianemg.com