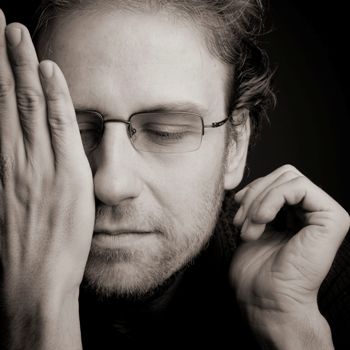 Breinschmid studied classical bass at the University of Music and Performing Arts in Vienna and was a substitute in several Viennese orchestras while he was a student. From 1994 to 1996 he played with the Tonkunstler-Orchester Niederosterreich, then with the Orchestra of the Vienna State Opera and the Vienna Philharmonic Orchestra, touring Europe, America and Asia. Georg Breinschmid gave up being a classical orchestra musician in 1999 to pursue his passion for jazz music. He performed with the Vienna Art Orchestra and the Zipflo Weinrich Group, as well as giving concerts with other ensembles throughout Europe. Charlie Mariano and Jasper van’t Hof were his international friends, along with Austrian jazz musicians such as Thomas Gansch and Christian Muthspiel. He released the CD Tanzen (Dancing), in 2005 with Agnes Heginger, who clearly enjoyed improvising with voice and double basses. Georg Breinschmid, a violinist Benjamin Schmid (Beni Schmid), has revived Django Reinhardt’s music with original compositions. His CD “Wienbleib Krk”, featuring original compositions that are closely linked to Vienna, was released in March 2008. From Wikipedia