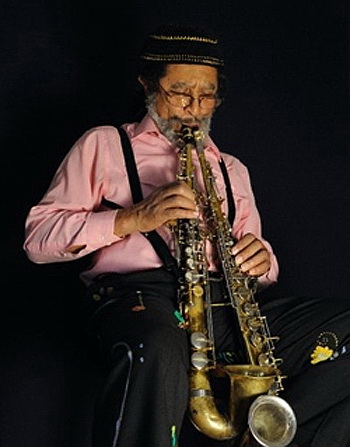 George Braith, a multi-reedist, was one of few jazz musicians who could play multiple instruments simultaneously. George Braithwaite was born in New York City on June 27, 1939. His parents were West Indian and encouraged their nine children to study music. Braith started playing woodwinds at the age of ten and formed a Calypso group. His jazz quintet performed a summer in Catskills at age 15. At 17, Nat Hentoff discovered Braith. After graduating high school Braith traveled Europe with his quintet and studied at the Manhattan School of Music. He also gigged all over the East Coast. In 1961, Braith developed his two-horn technique. He used a stritch (a straight alto type) and a soprano clarinet that could be played with one hand. Braith also created a double horn called the Braithophone which was made up of two sopranos joined together. Blue Note signed Braith and he recorded his debut album, Two Souls in One, in 1963. It featured soul-jazz, folk melodies and the long-running, beloved “Braitha-Way”. Blue Note’s next two albums, Soul Stream, and Extension, saw him continue to improve his compositional skills and technique, even though he shifted away from the two-horn approach. Braith recorded two sessions with Prestige after leaving Blue Note. They were 1966’s Laughing Soul, and 1967’s More Outside Musart. Musart was also established in New York. It was an important avant-garde club for many years, until Braith left to go to Europe. Braith returned to New York after experimenting with multiple horns. He also worked as a street musician and club musician. Allmusic