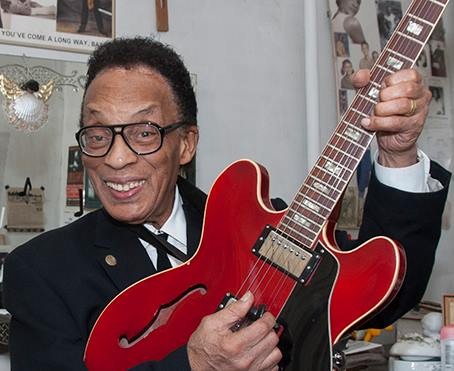 American jazz guitarist George Freeman. Born in Chicago, Illinois on April 10, 1927, Freeman was a jazz guitarist. Freeman was part of a sextet that included Joe Morris and Johnny Griffin, as well as supporting musicians like Charlie Parker and Lester Young. Parker recorded with him for the Savoy label. He began a long relationship with Richard “Groove” Holmes in the mid-’50s. He was a sideman and song contributor to Holmes’ World Pacific, Prestige, and Prestige. Freeman moved to Chicago after touring with Gene Ammons, Shirley Scott and others. Freeman is the brother to Eldridge “Bruz”, drummer Eldridge Freeman, and uncle to Chico Freeman. George and Von worked together often throughout their careers. Birth Sign (1969) was his debut solo album. It featured Kalaparusha Maurice McIntyre, a saxophonist, and Sonny Burke, an organist. He has also worked with Illinois Jacquet and Sonny Stitt as well as Charles Earland, Jimmy McGriff and Eldee Young. Wikipedia