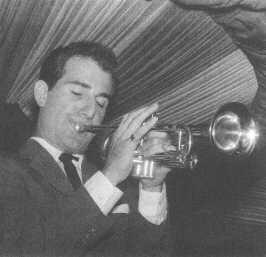 George Girard, one of the most prominent New Orleans jazz musicians of the 1950s, died prematurely from cancer. After graduating high school, he became a professional musician in 1946. He played with Phil Zito and was then a major member of the Basin Street Six (1950-1954). Girard started his own bands after the group’s dissolution and continued freelance work until his death in 1956. Girard was an accomplished trumpet player and a rhythmic singer whose potential was unfortunately not realized. Girard recorded with the Basin Street Six and also led sessions later released by Storyville, GHB and Good Time Jazz. He also produced two albums for Vik. Allmusic