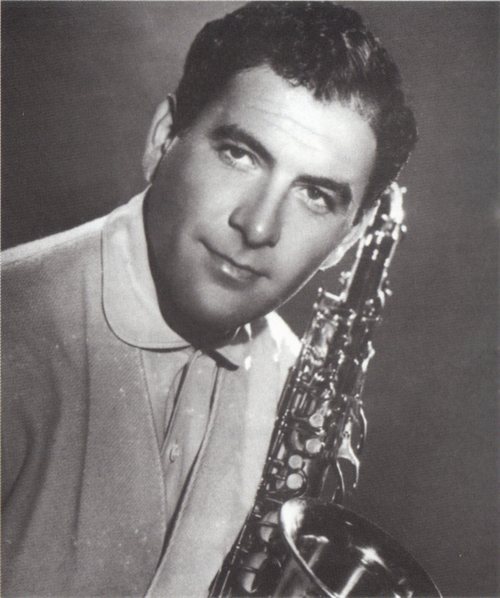 Georgie Auld was born in Toronto, Ontario, Canada on May 19, 1919 and died in Palm Springs, California, USA on January 8, 1990. He was a jazz tenor, clarinetist, and bandleader. Auld was born in Toronto and lived in the United States until the 1920s. He is most well-known for his work with Bunny Berigan and Artie Shaw, Erroll Garner and Dizzy Gillespie. Tiny Kahn and Frank Rosolino are just a few of the many people he worked with. He was primarily a swing saxophonist and led many big band stints throughout his career. Georgie Auld was also a rock’n-roll musician, working for Alan Freed. He was a bandleader in New York, New York’s box office failure. In 1977, he also served as technical consultant. Text contributed by users is available under Creative Commons By–SA License. It may also be available under GNU FDL.