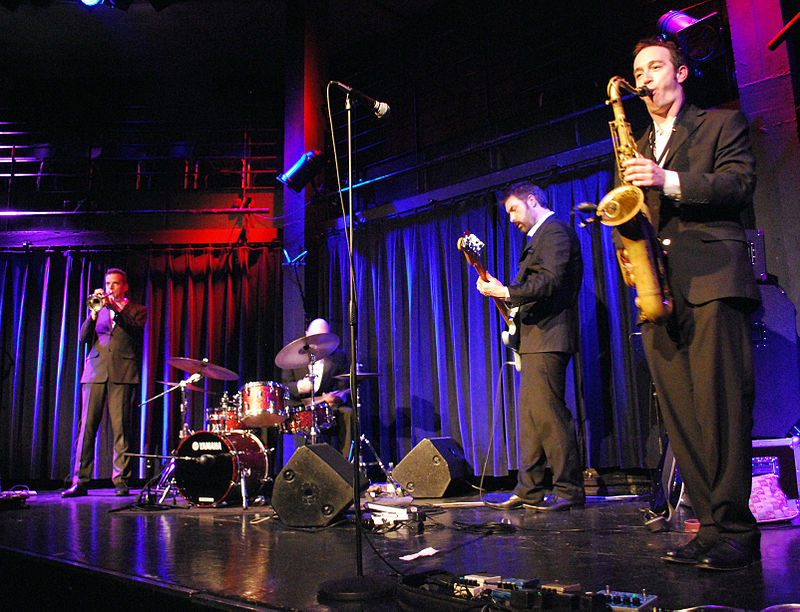 In 2000, the progressive jazz/noise/thrash group Get the Blessing was founded in Bristol, England. Their aesthetic was shaped by their interest in modern creative improvisation, North African culture and non-chordal musical compositions. They were also captivated by the harmelodic pretexts and Ornette Coleman’s harmelodic melodies, which led to a more defined identity with their first studio sessions in 2006. The original group, the Blessing, was a parallel to the Esbjorn Svensson Trio and Polar Bear. They also drew on additional influences from Albert Ayler, Morphine and Elvis Costello. 2008 saw the release of their debut album, All Is Yes. Clive Deamer and bassist Jim Barr, both of Portishead, are the band’s members. Barr was previously associated with Peter Gabriel and the Jukes, while Deamer has a wide range of credits including Hawkwind, Loreena McKennitt and Alison Moyet. Dr. John, Tom Jones and Jols Holland are just a few of Deamer’s many credits. Both Pete Judge, the Trumpeter, and Jake McMurchie, the Saxophonist, have previously played with Super Furry Animals. Judge is well-known for his work with Portishead and on soundtracks for movies. McMurchie, however, leads his own jazz quartet and was a member the National Youth Jazz Orchestra. ~ Michael G. Nastos, Rovi