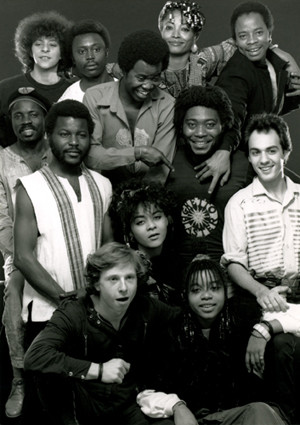 Ghetto Blaster’s story began in 1983 in Lagos, Nigeria. Ghetto Blaster is the name of a 52-minute musical documentary, shot in 16mm by Stephane Meppiel. The film is about Pascal Imbert (guitarist) and Romain (voice), who took the band from Paris to Lagos. Fela’s musicians were greeted upon their arrival.