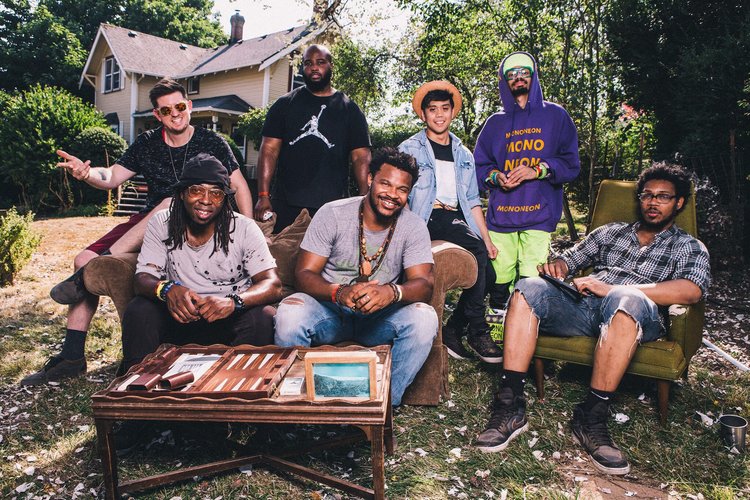 Ghost-Note is unlike any other band. Nate Werth and Sput Searight met while playing in Snarky Puppy. They quickly became friends and bonded with each other, a love for exploration that has since grown. Ghost Note quickly set off on their first tour after fans loved their solos at live shows. Drums and percussion are in search of sound. Add Nick Werth (aka Galaxe), on Xylosynth, and a variety of sounds were swirling before them. Fortified was their first album. Yet, the band was able to grow from their center and continue to make changes to the sound. Nick Werth left the band after a series of life events, leaving the front to improvise with new members. They did improvise, with a rotating cast of musicians that became integral parts of the band – Sylvester Uzoma Onyejiaka II (Sly 5th Ave), Dywane Thomas Jr., Jonathan Mones and Michael Jelani Brooks. Amazon