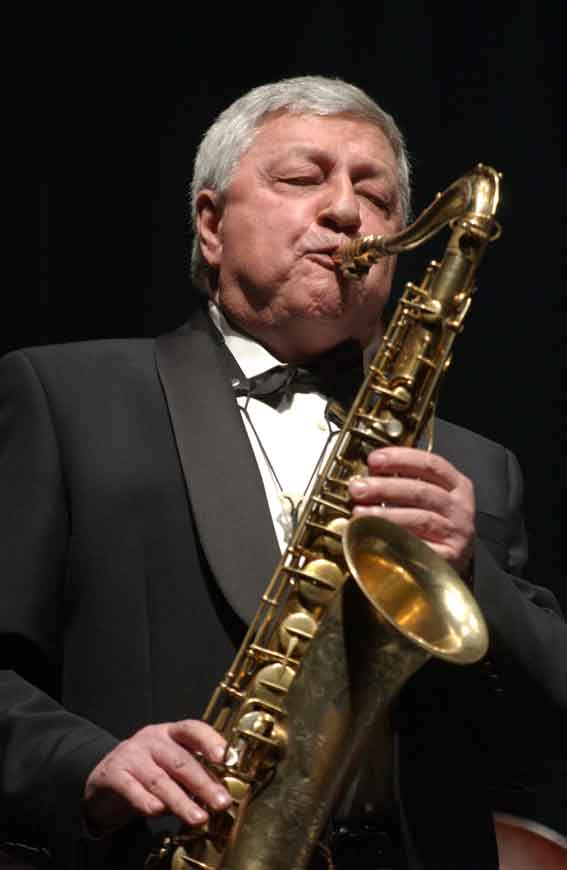 Gianni Basso was one the stars who made a mark on Europe’s jazz scene after the Second World War. As a clarinetist, he first began his career in Germany and Belgium with the Raoul Falsan Band in the late 1940s. He was a “GB” (commercial) player in Milan by the start of the next decade. However, he continued to be a regular presence at jazz events, even some of the first post-fascist Italian festivals. A collaboration was formed with Oscar Valdambrini, composer and trumpeter. It was similar to the relationship between Duke Ellington, Billy Strayhorn and the latter man, but without the household-name status. Basso was raised in Turin, a busy northern city where Valdambrini was an old homeboy. This was more than two Italian boys who were attracted to American jazz. It was the story of a trumpet and tenor saxophone finding each other. This led to all manner of musical possibilities, most notably the easy-to-maneuver-and-feed small combo (not that feeding anyone in Italy is a problem, ever). The group of partners was undoubtedly the most well-known jazz band in Italy during the 1950s. They were accompanied by many stars like Billie Holiday and Lionel Hampton. Basso’s primary goal was to have a main man on his saxophone. He wanted Stan Getz’s engaging style. He recorded many more recordings that document his discovery of Sonny Rollins. His style evolved from these sources until the Verve label signed him. Sarah Vaughan, a top-notch singer, wanted a Basso baste to go with her 1984 Mystery of Man. He founded the band Saxes Machine in the late 1970s and later led the Gianni Basso big band. He settled down in Rome’s studio scene as a senior citizen, continuing to play in clubs and taking pride of his historical place on the European jazz scene. Even free jazz lovers like him today. Allmusic