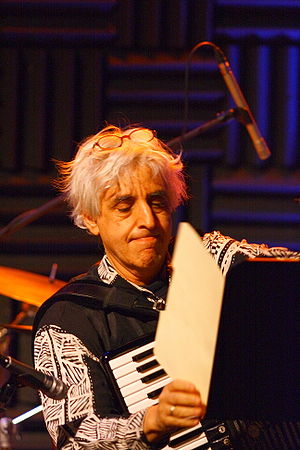 Gil Goldstein was an outstanding pianist and synthesizer player. He began to double on the accordion again in the late 1980s for special occasions such as for a Michel Petrucciani recording and his own sessions. Goldstein had previously gained valuable experience with Pat Martino and Jim Hall, Billy Cobham (which began in 1983), as well as the Gil Evans Orchestra (which started in 1983). He was instrumental in the reconstruction of Gil Evans’ arrangements for Miles Davis’ Montreux Jazz Festival concert. He has also recorded as a leader with Muse, Blue Note and World Pacific. Gil Goldstein’s music is influenced by other cultures, especially Latin America. Allmusic