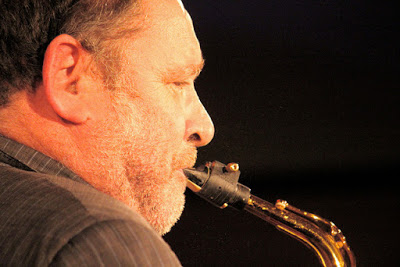 Gilad Atzmon, born June 9, 1963, is a jazz musician and author. He considers himself to be a Hebrew-speaking Palestinian. He was a secular Israeli Jew who was born in Tel Aviv. He studied at the Rubin Academy of Music, Jerusalem, where he learned to play alto, soprano and tenor saxophones. He plays clarinet and sol as well as zurna, flute, and zuna. At 32 years old, he moved to London after studying philosophy in Germany. Gilad plays the alto saxophone as his main instrument. His jazz style is a blend of bebop and hard bop with occasional strays into free jazz. He is widely regarded as one the most outstanding saxophonists his generation and has won many jazz awards. Enja Records records his albums. Other musical interests include music from the Middle East, North Africa, and Eastern Europe. He is also a member the veteran punk rock group The Blockheads. He has recorded and performed alongside Robbie Williams and Sinead, Robert Wyatt, Paul McCartney, and Robbie McGowan. Atzmon is a jazz musician, political writer, and novelist. His books have been translated into 22 languages. His Guide to the Perplexed, published in 2001, and his My One and Only Love, in 2005. Both novels deal with Zionist and Jewish psychology. Text contributed by users is available under Creative Commons By–SA License. It may also be available under GNU FDL.