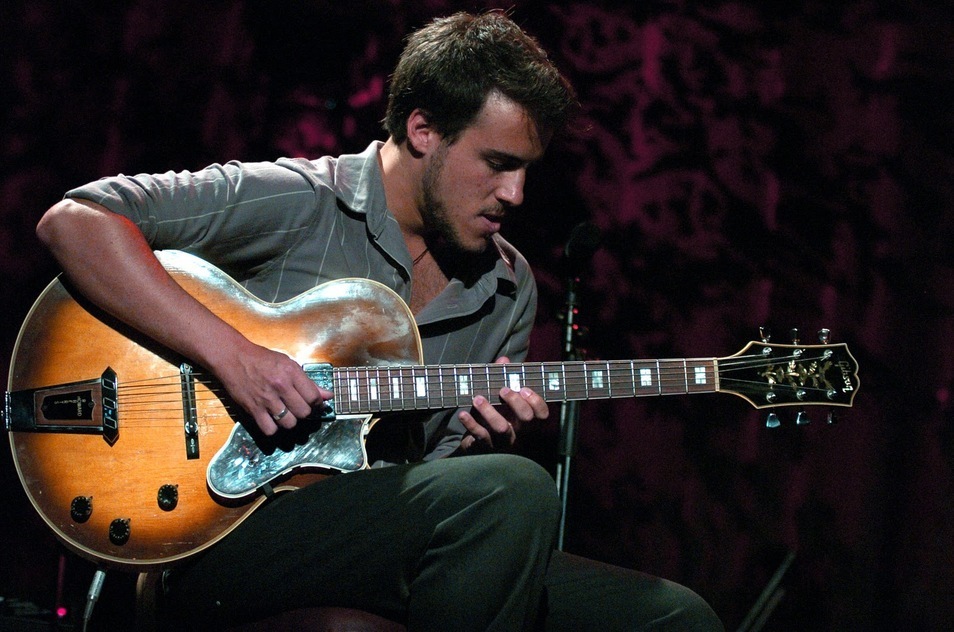 Gilad Hekselman is a New York-based guitarist who has gained a reputation for being one of the best. This native Israeli guitarist has been on the New York Jazz Scene’s stage for four years, playing alongside many notable names such as Anat Cohen and Chris Potter, Jeff Ballard, Jeff Ballard and Sam Yahel. He has performed at the Blue Note, The Jazz Gallery and Smalls, as well as at Minton’s Playhouse and Fat Cat. He also toured throughout Israel, Canada, Norway and Scotland. He has played at world-famous Jazz festivals like Montreux JF. Duke Ellington JF. San Francisco JF. Tel Aviv JF. Gilad was the winner of the 2005 Gibson Montreux International Guitar Competition. He performed a string of dates following that 2006 achievement, highlighted by the Gibson Les Paul guitar he was gifted from Claude Nobs. Gilad has two albums as a bandleader. The press loved his debut album,..SplitLife.. which was released by Smalls Records in 2006. It featured Joe Martin as bassist and Ari Hoenig as drummer. Click here to order online. Gilad’s newest album,..Words Unspoken.. (LateSet Records), was released in the summer 2008. It features Joe Martin on bass, Marcus Gilmore drums and Joel Frahm tenor saxophone. Click here to order online. You can purchase both albums directly from Gilad at his shows or online. Born in Israel, Gilad began studying classical piano at the age of six and nine years old. He then moved on to playing guitar. At age 12, he performed regularly with the band for a weekly children’s television program. He entered Thelma Yellin school of arts at 15 and graduated with excellence from the Jazz Department at 18. Gilad began attending the New School for Jazz and Contemporary Music in 2004. Gilad has also been awarded the America Israel Cultural Foundation Scholarship to study abroad. from http://www.myspace.com