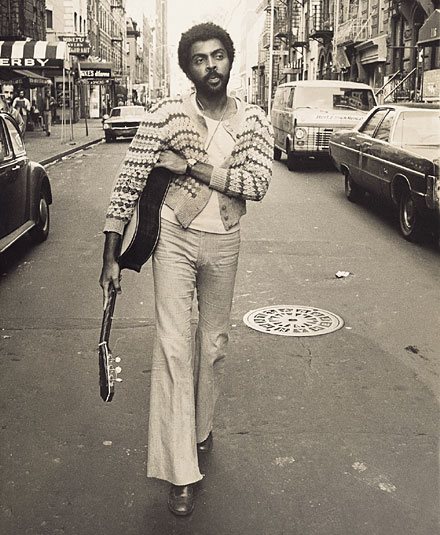 Born 26 June 1942, Gilberto Gil is a Brazilian singer-guitarist and songwriter. He was also Brazil’s former Minister for Culture. Gil is most well-known for his 1960s tropicalismo recordings including “Roda”, Lunik 9 and “Domingo No Parque”. Many of Gil’s songs were recorded by Elis Regina. His career began as a bossa Nova musician. But he soon started writing songs that reflect a renewed focus on social activism and political awareness. Gil continued to release albums such as Realce and Refazenda in the 1970s. He added African and North American elements to his already wide-ranging musical palette. Joao Gilberto recorded Gil’s “Eu Vim Da Bahia”, (“I Came from Bahia”), on his Joao Gilberto classic LP. The military government of Brazil arrested Gil and Veloso in 1969 for their anti-government activities. Both men moved to London after their release. While continuing his solo career, Gil started playing in bands like Yes, Pink Floyd, and the Incredible String Band. He toured the USA in the 1970s and recorded an English-language record. He collaborated with Jimmy Cliff, and in 1980, he released a cover version of “No Woman, No Cry” by Bob Marley.