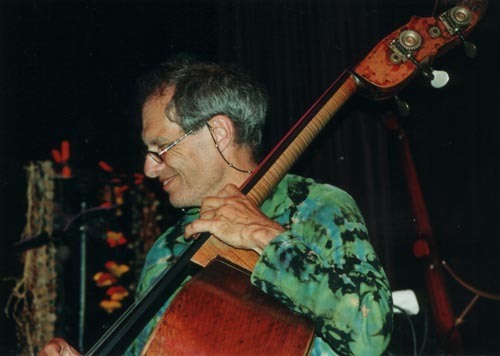 Glen Moore is a jazz musician and pianist who received his classical piano training from age 13 onwards. He was a bass player in the school orchestra and experimented with jazz and his own improvisations. At age 14, he began his performing career with the Young Oregonians, Portland, Oregon. There he met Jim Pepper, an American Indian saxophonist. He received a University of Oregon degree in History and Literature. There he also studied cello. After college, he began his formal instruction in bass with Jerome Magil, James Harnett, Gary Karr, Gary Karr, in New York, PloughChristenson, in Copenhagen, Ludwig Streicher, in Vienna, and Francois Rabbath, in Hawaii. Glen has been playing a Klotz bass fiddle since the Tyrol in 1715. He has used a unique tuning that has a low and high-C string. Moore has collaborated with many jazz musicians, including Jan Hammer, Jan Hammer and John Taylor, as well as pianists Paul Bley and Larry Karush. from http://www.oregonband.com