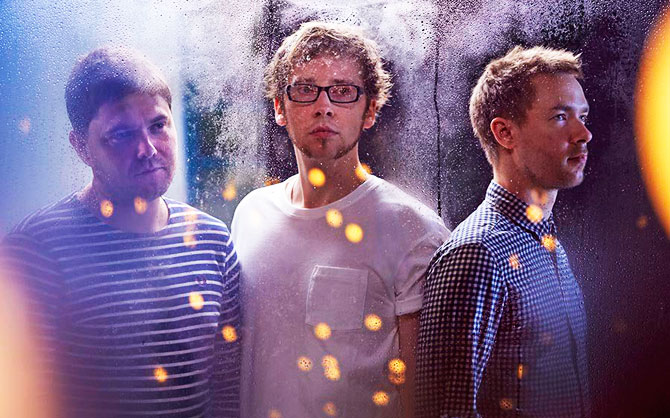 The remarkable couple of years that GoGo Penguin, a UK trio consisting of Rob Turner, Nick Blacka, and Chris Illingworth, has seen have been a great experience. Their signature mashup of minimal piano themes, deep bass lines, and electronica-inspired drums saw their 2014 album v2.0 nominated for the Mercury Prize. It also fueled their thrilling live performances from London to Paris and Montreal to London. GoGo Penguin is a bold new sound, influenced by Massive Attack, John Cage and Massive Attack, but theirs is their own. GoGo Penguin signed with Blue Note Records, the legendary jazz label. They will release Man Made Object, their debut album, on February 5, 2016. Man Made Object represents a band that is confidently following their own path. The title was partly inspired by my fascination in ideas of robotics and transhumanism, says pianist Illingworth. This statement begs for more explanation. “We are creating electronic music using acoustic instruments.” It’s like a manmade object that has been humanized. “GoGo Penguin’s music draws heavily from many areas of electronic music. You can hear hypnotic Aphex style melodies and glitchy beats. There are also grinding bass lines and a low-end. Their style has been called “acoustic electronicsa”, which is a perfect description of their approach. Drummer Turner says that many of the songs on the album were electronic compositions I created using sequencing software such as Logic or Ableton. “I’ll play it to the band, and we’ll figure out ways to replicate it acoustically.” From www.bluenote.com