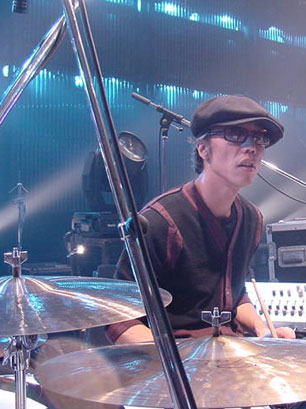 As a member the band Simply Red, Gota Yashiki can be described as both an independent artist in acid jazz and a drummer/bass player. Born in Kyoto, Japan on 26 February 1962. He learned traditional Japanese drumming at an early age. He became interested in drumming and moved to Tokyo in 1982 to join Mute Beat, a reggae/dub group. He worked with Kazufumi Kodama, a member of Mute Beat, on several projects. They formed the duo Kodama.