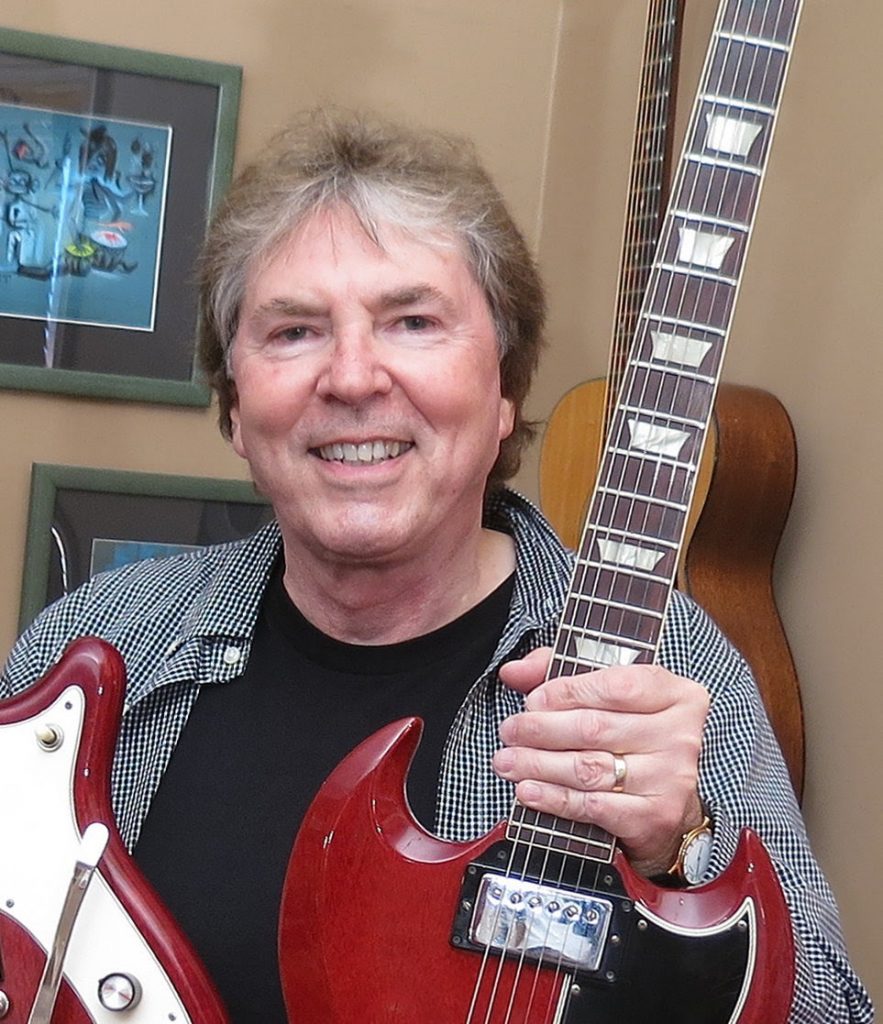 Grant Geissman was born April 13, 1953. He is a crossover, contemporary and new-age guitarist. He has also been Emmy-nominated for his compositions for TV series and movies. He is a sought-after studio musician who has recorded extensively for many labels since 1976. You can hear him playing the guitar on Monk’s theme and other TV series. Geissman was born in Berkeley, California. Geissman grew up in San Jose, California and took guitar lessons from several San Jose musicians including Geoff Levin (of People! Bud Dimock and Don Cirallo, as well as local jazz legends Terry Saunders and Terry Saunders. These teachers encouraged him to learn jazz standards and to improvise. He began playing in rock bands both on weekends and with big jazz bands. He enrolled in formal study as a high school senior with avant-garde guitarist Jerry Hahn. This introduced him to the music and styles of Miles Davis, Miles Davis, John Coltrane, Ornette Coleman, and John Coltrane. After graduating Prospect High School, Geissman enrolled at De Anza Junior College. There, he was a member of both De Anza’s jazz ensemble and the Daddio Band, which is comprised of older professionals. These were directed by Dr. Herb Patnoe (director of Stan Kenton’s Jazz Clinics), a well-known jazz educator. Patnoe suggested Geissman teach at Kenton’s Summer Clinics in Sacramento and Southern California. Geissman met and played with Dan Haerle and drummer Peter Erskine while teaching at these clinics over several summers. Geissman moved to Los Angeles in 1973 and attended Cal State Fullerton for one semester. He was a member of the band that Tom Ranier, pianist/clarinetist, led. Geissman transferred to Cal State Northridge in 1974, to be near the Hollywood studio scene. He joined the Northridge “A”, led by Joel Leach, a jazz educator. He began his playing career at Northridge with Louie Bellson’s Big Band as well as Gerald Wilson’s Big Band. Geissman composed “Starship Concord” for Louie Bellson’s Live at the Concord Summer Festival. Geissman began his career playing in jazz clubs with Tony Rizzi’s guitarist band. He recorded Tony Rizzi’s Five Guitars play Charlie Christian (1976), featuring Tom Ranier, Pete Christlieb, and other musicians. Geissman’s first gig with fluegelhornist/composer Chuck Mangione was at the Santa Monica Civic auditorium on November 9, 1976. After a brief tour through the Pacific Northwest, Mangione asked Geissman for a permanent position in the band. Mangione formed a new band with Geissman, Charles Meeks as bass, Chris Vadala as woodwinds, and James Bradley, Jr. as drums. The first album of Mangione and his new band was Feels So Great (1977), which sold over two million copies and is still one of the most popular instrumental albums. Geissman’s legendary guitar solo was a big hit on radio. Current Biography ranked it as the most popular song since “Michelle” by the Beatles in 1980. Geissman’s first album, “Good Stuff”, (Concord Jazz) was released in 1978. It featured fellow Northridge alumnus Gordon Goodwin, Tom Ranier, Bob Magnussen, Steve Shaeffer, and bass player. Grant quit Mangione’s band in 1981 to pursue other interests, including recording and session work, as well as composing. Geissman is a leader and has released 13 albums. His albums Flying Colors and Time Will Tell rose to number one on the Gavin and Radio and Records Contemporary Jazz airplay chart charts. Most of his recordings in recent years have reached the top ten. He has recorded with Quincy Jones (Q’s Jook Joint 1995), Keiko Mizui, 3rd Force and David Benoit. On the Tiffany album Hold An Old Friend’s hand, he also recorded a solo guitar track. In 2000, he was reunited again with Mangione when they recorded Everything for Love (Chesky Records). Geissman was influenced by many musical styles from his youth. He played Dobro on Ringo Starr’s Ringorama album in 2003. He released Say That! on Futurism Records in 2006, his 13th album as an artist leader. He compared the album’s sound to the jazz music that had first inspired him. John Kelman in All About Jazz reviews: It’s unfortunate that smooth jazz has become an exaggerated term. Say That!’s relaxed pace and easy on the ears approach make it as smooth as possible. But smooth jazz it ain’t. Say That! is Geissman’s strong roots in jazz and his less-is-more approach that uncovers more depth makes him a great choice. This is a welcome return for a guitarist who has always deserved more street cred. In 2006, the Grant Geissman Quintet consisted of Emilio Palame (piano), Ray Brinker and Brian Scanlon (woodwinds). The Quintet headlined Pasadena’s Playboy Summerfest. They then performed at Yoshi’s Jazz Club in Oakland, California, and the Friday Night Jazz Series at the Los Angeles County Museum of Art. From Wikipedia