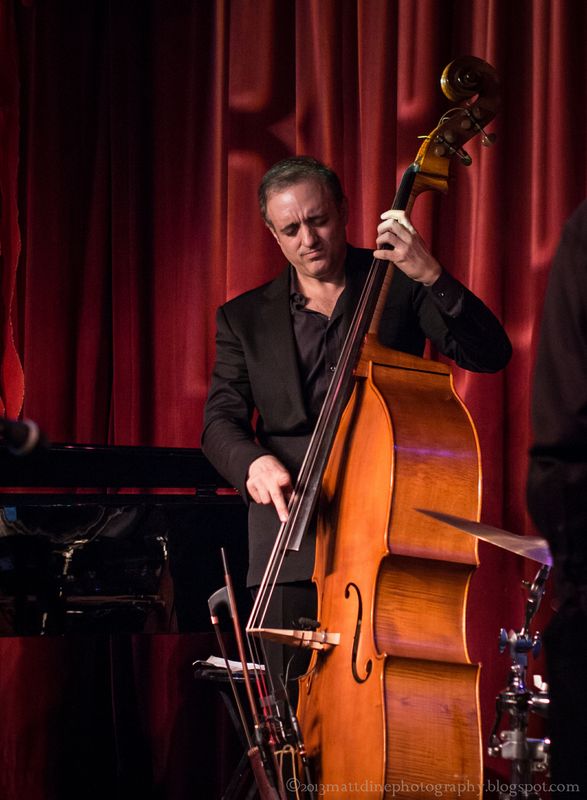 Gregg August is a bassist who can play in all genres of jazz, Latin, and avant-garde. He is a member of the Orpheus Chamber Orchestra as an Associate, as well as the American Composers Orchestra and Westchester Philharmonic. Gregg was also the Brooklyn Philharmonic’s former Principal Bass. Gregg is also a jazz bassist and has recorded 9 albums with the JD Allen Trio. He’s also a member Arturo O’farrill’s Afro-Latin Jazz Orchestra with which he’s received 5 Grammy Awards. Gregg started his own label, Iacuessa Records in 2003. For this record, he recorded three critically-acclaimed albums entirely of his original music: Four by Six (2012), One Peace (2007), and Late August (Iacuessa Records (2005). Dialogues on Race (Iacuessa Records) will be released by Gregg in August 2020. This album is the result of a Jazz Gallery and Jerome Foundation commission. The extended suite is for a large 12-piece jazz ensemble with 3 vocalists and strings. It also features a narrator. To create a musical conversation about race, he uses poems by Marilyn Nelson, Langston Hughes, and Maya Angelou. Gregg also wrote many concert works. This includes “Una Rumba Sinfonica”, a commission from Jazz Composers Orchestra Institute, and Earshot. It was premiered by Buffalo Philharmonic. He has recorded and performed with The New York Philharmonic and Steve Reich. Gregg was a Rising Star on the Downbeat Magazine Critics Poll in 2015, 2015 and 2013. Gregg is an adjunct professor at New York University, Connecticut and University of Connecticut. He has been a faculty member at MASS MoCA’s Bang on a Can Summer Music Festival (North Adams, MA) for the past three years. Gregg earned his bachelor’s degree at the Eastman School of Music, and his master’s at the Juilliard School. Visit www.greggaugust.com