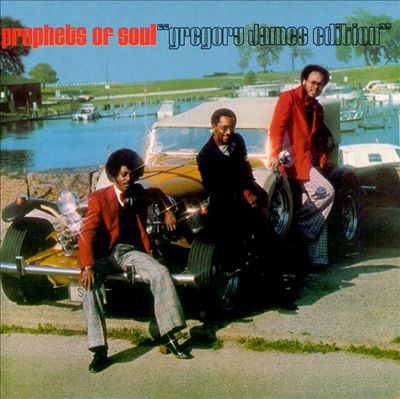 Massively mellow funk – played by a cool Chicago trio that’s heavy on the electric keys! The group’s led by the team of keyboardist Gregory Bibb and guitarist James Norris – with the former working through a set of tasty keys that include Fender Rhodes, clavinet, and farfisa! Rhythms are lean, laidback, and nicely stripped-down – funky, but chilled out – in a kind of a groove that was years ahead of its time, and which is now only finally getting its due. There’s some really heavy drums on the best cuts – hard, but with rhythms that are slightly off-kilter, in a way that makes for a really refreshing groove, even when the group’s covering work by other artists. The whole thing’s instrumental – with the original tracks “Brother Marcus” and “Changing Things” – plus great covers of “Love & Happiness”, “Shaft”, and a great version of “Ain’t No Sunshine”. Nice laidback funk, with a super-dope sound that’s as a hip as the cover! CD features the bonus track “Sunday Lady”. from http://www.dustygroove.com