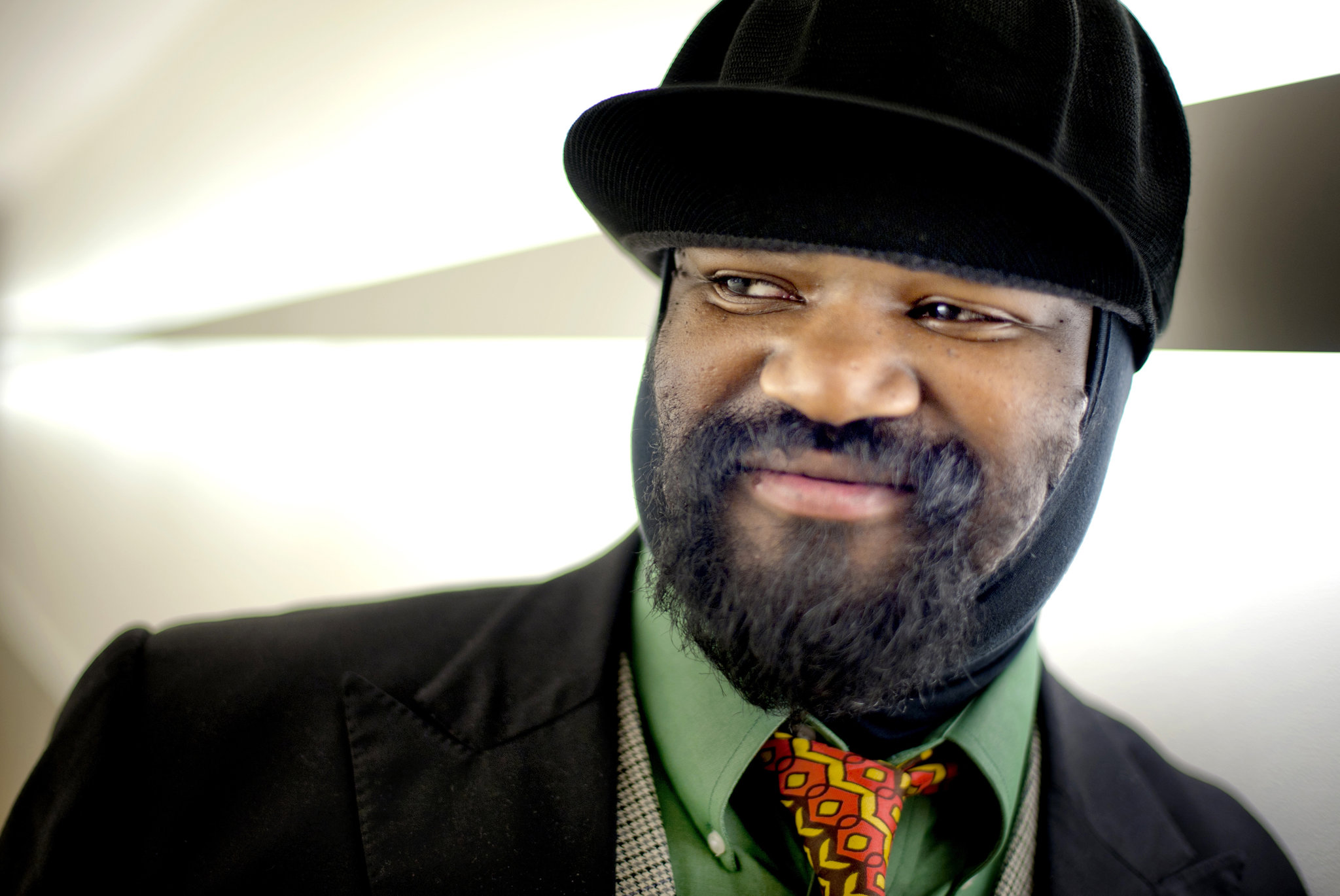 Gregory Porter is a Grammy nominee. His voice can be heard addressing, confronting, embracing, or exhorting. Wynton Marsalis, a jazz legend, has called him “a fantastic young vocalist.” Water, out now from Motema Music, is Porter’s recording debut. Water is Porter’s debut album. But Water flows with an effortless sense of time that reflects his years of experience in blues, gospel, and soul. Porter names Joe Williams, Nat King Cole and Donny Hathaway as some of his influences. Others, such as the pastor at the church where he was raised as a child, may not be as well-known. Porter’s vocal style was influenced by Cole and Hathaway, but his world view is evident in seven of his original compositions as well as his interpretations of classic songs like “But Beautiful” or “Skylark.” Each track on the CD speaks so clearly because of this emotional intensity. Porter tapped a strong group of players for the recording. This included James Spaulding, Max Roach, Freddie Hubbard and Bobby Hutcherson who plays a featured part on “Wisdom” as well as pianist Kamau Kenyatta. Much of Porter’s career success can be traced back in his early days performing in small San Diego jazz clubs. Porter lived in the area while he was at San Diego State University on a football scholarship. He was an outside linebacker until a shoulder injury forced him to retire. Kenyatta recognized his talent and invited Porter to visit him at the studio in Los Angeles where he was working on the album Remembers the Unforgettable Nat King Cole. Kenyatta knew about Porter’s love of Cole’s music as a child and could clearly hear the soft baritone of Cole in Porter’s voice. He could not have anticipated that Laws would be so impressed by Porter’s singing abilities when he was recording the Charlie Chaplin-penned song “Smile” that he would include a bonus track with Porter singing the song. Laws’ sister Eloise was just as fortunate to be there that day in the studio. Eloise, a highly-respected singer and recording artist, was about to join the cast for “It Ain’t Nothin’ But the Blues.” Porter now states that he never thought his career would be in theater, but his success with “It’t Nothin’ But the Blues” opened the door to another theatrical endeavor and a partnership with Eloise laws. In his semi-autobiographical “Nat King Cole and Me,” he dramatically documented his childhood, which was marked by an absentee father and the joy and pain he heard when listening to his mother’s Nat King Cole records. His mother noticed that her son was singing along to Cole’s songs one day and commented that it reminded her of Cole. The young Porter believed that Cole was his father and that Cole’s love songs were being secretly sung to him. Porter’s touching “Nat King Cole”