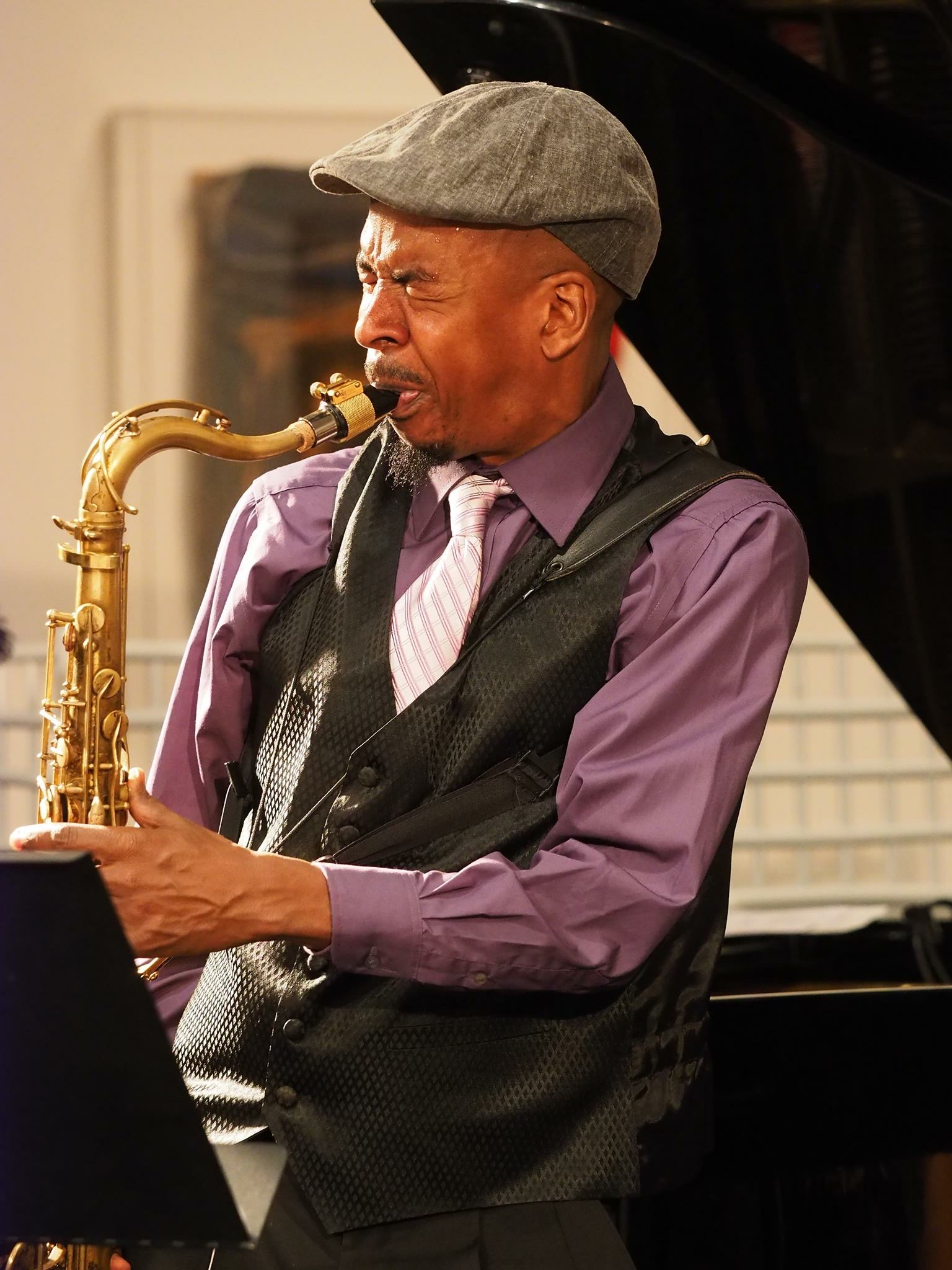 Gregory Tardy was born into a musical family and began his musical career learning classical clarinet. Gregory won many scholarships and awards while in high school. Tardy started to prepare for a career in symphony after studying with Jack Snavely and Russell Dagon, renowned clarinetists. He was asked to play the saxophone in various ensembles, filling in for those who were not ready. Tardy started getting calls from local funk clubs in the Milwaukee area, even though he didn’t practice the saxophone very often. Tardy discovered John Coltrane’s music and decided to become a jazz musician at the prompting of his older brother. His passion for the clarinet soon took over his studies. He moved to St. Louis at this point and, after performing on the jazz and Blues scene for a year, decided to return to New Orleans to further his jazz studies. Tardy states that this was a great decision. Tardy says that there were many outstanding players down there, some of which became well-known, such as Victor Goines and Mark Turner, Nicholas Payton, Brian Blade and Brian Blade, and Jason Marsalis. Many people, including myself, went to Ellis Marsalis’s school. Others were simply hanging out. It was there that my playing really began to come together.” Tardy also performed with local brass bands, played gigging with Allen Toussaint and the Neville Brothers. He never gave up jazz. Crazy Love, Tardy’s first solo album, was recorded in 1992. He was also picked up by Elvin Jones Jazz Machine in 1992, which led to a long-lasting relationship. Tardy decided that it was time to move to New York after his time with Elvin Jones. He recorded and performed with a wide range of artists in New York. These included Wynton Marsalis and Jay McShann as well as Tom Harrell and Dave Douglas. Tardy started playing in Andrew Hill’s bands in 1999. This relationship has been a long-lasting one that has produced many highly acclaimed records. Many other notable saxophonists have recorded and performed with him, including Mark Turner, Joe Lovano and Chris Potter. Tardy made a complete circle in recent years by bringing out his clarinet from retirement and using it on recordings of Andrew Hill, Ohad Talmor/Steve Swallow and Stefan Harris. “I try to discover new things in my band, but I also keep the tradition in my head. While I respect tradition, I don’t let it stop my enthusiasm for the new stuff I hear. I also respect jazz today-and it influences my music.” Tardy’s first major label album, Serendipity, was released by Impulse Records in March 1998. This record received high critical acclaim and was nominated for the New York Jazz Awards’ Best Debut Artist. He toured Europe with the Rising Stars Tour in the fall and began planning his next record. He was a casualty in the merger between Verve Records and GRP. Instead of recording for a larger label, J Curve Records. The Hidden Light, his third album, was released to great reviews in April 2000. Tardy explored jazz’s more free-form elements on his 2001 CD, Abundance. This CD was also recorded on the Palmetto label and received much critical acclaim. Tardy recorded several CDs for Steeplechase four years later – The Truth, Steps of Faith and He Knows My Name. His latest SteepleChase recording, The Strongest Love was released in September 2010. He is now preparing for his next recording which will be released in December 2010. Tardy continues to perform worldwide and teaches at the University of Tennessee-Knoxville. Visit www.gregorytardy.com