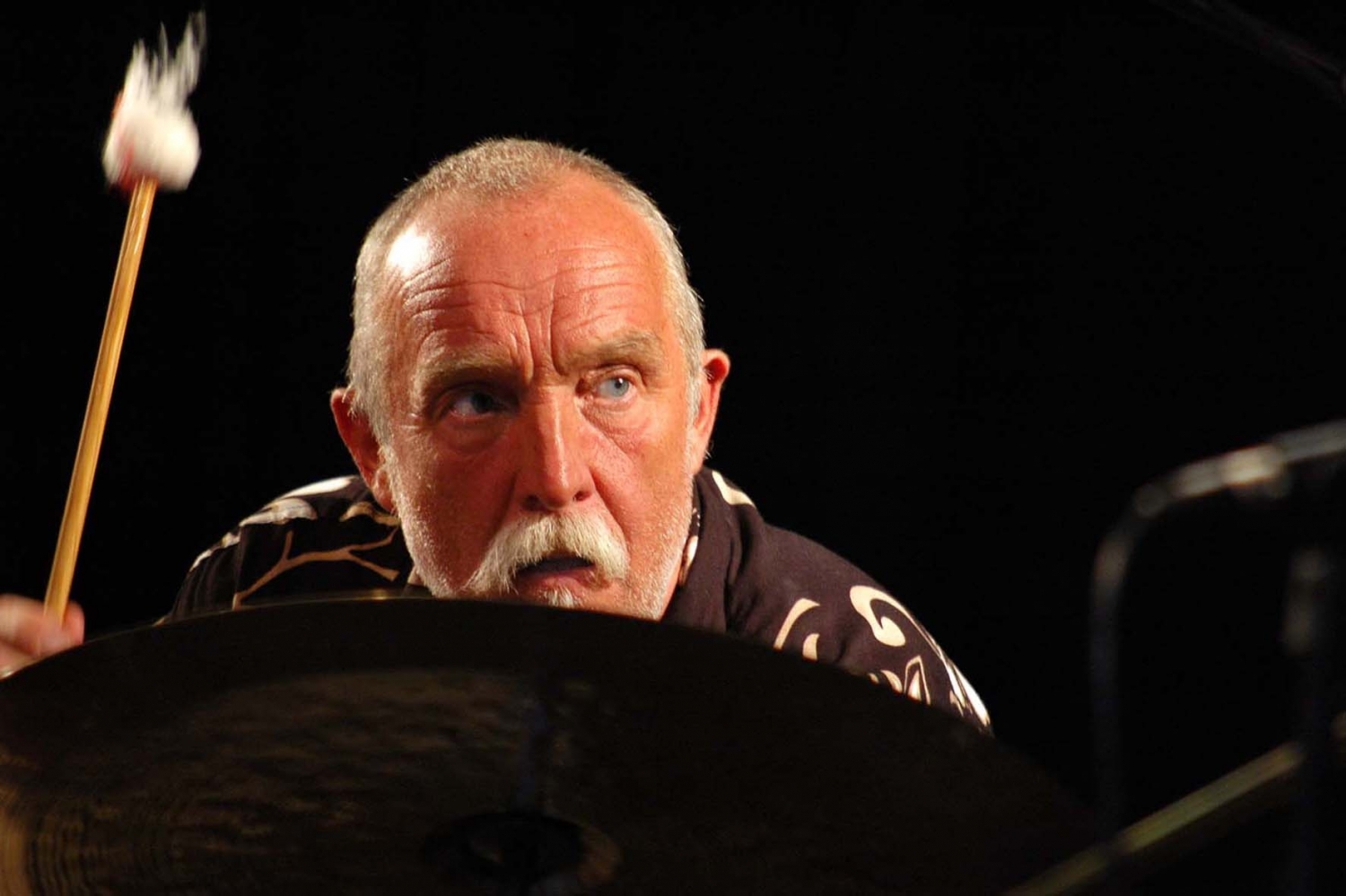 Gunter Baby Sommer is a master musician in contemporary European jazz. He is part of the elite group of exceptional drummers who have developed a unique playing style and established an unmistakable sound in the improvised music scene. Sommer was born in Dresden in 1943 and studied at the Hochschule fur Musik, Carl Maria von Weber. Then his musical contributions the most important jazz groups of the GDR like the Ernst-Ludwig-Petrowksy-Trio, Zentralquartett and the Ulrich Gumpert Workshopband made it possible for him to get involved in the international scene. Sommer worked not only in a trio with Wadada Lee Smith and Peter Kowald, but also took part in fascinating meetings and discussions with Fred van Hove and Alexander von Schlippenbach as well as with Evan Parker, Cecil Taylor, and Peter Brotzmann. He was able to work solo with such writers as Gunter GRASS. Sommer has around 100 albums in his discography. He is a professor at Hochschule fur Musik Dresden and has an impact on the professional transmission of contemporary jazz to the next generation. Visit www.babysommer.com