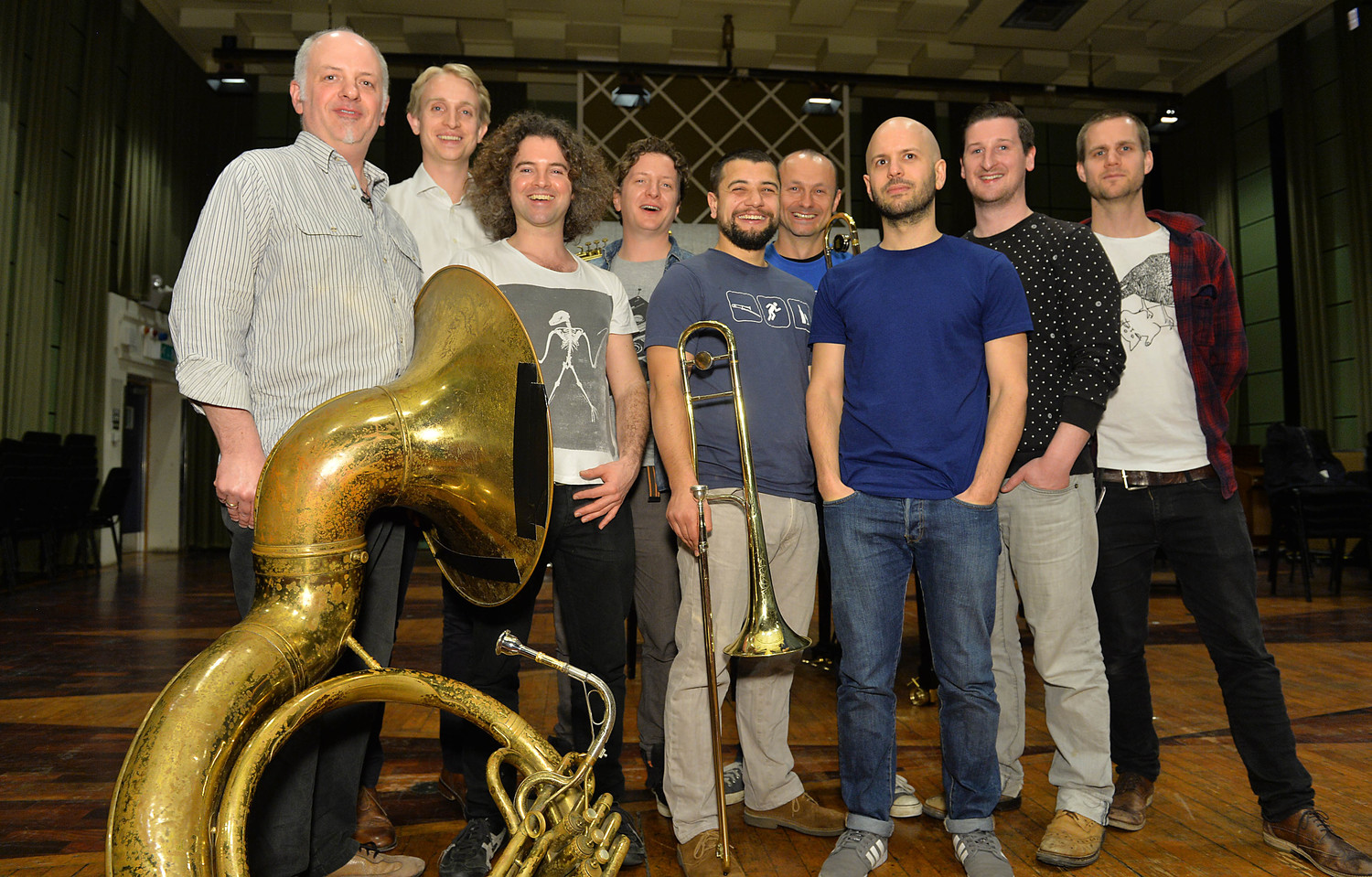 Hackney Colliery Band, an East London band, has been a major force in the UK’s live music scene since the release of their eponymous album in 2011. Hackney Colliery Band has been performing at many venues, festivals, clubs and clubs all over the globe, including a sold-out performance at Scala as part the London Jazz Festival. They have also been hard at work in the studio developing a mature and polished sound. The band is pleased to announce the new album ‘Collaborations Volume One’, their first new material since 2016’s critically-acclaimed Sharpener’. This talented group of musicians has already had an amazing journey. Hackney Colliery Band has not stopped, despite playing a 45-minute set for the Closing Ceremony of London’s 2012 Olympics, sets at the MOBO and Brit Awards, live sessions on BBC Two and BBC Radio 2, Jazz FM, and worldwide airplay. They have also collaborated with Madness and Amy Winehouse, sold out venues in London such as KOKO, and The Forum, and even a European tour. It’s hard for me to believe that 2019 marks our tenth year anniversary. However, now that we are ten years older, it felt like the right moment to return to our jazz roots. It has been a great privilege to collaborate with so many of our musical influences, both old and new, on this record. We are super excited to welcome in the next ten with this new collaborative spirit. This is called “Volume One” for a reason …”, according to Steve Pretty, bandleader. Hackney Colliery Band has collaborated with a number of important names in jazz and other music, including the father of Ethiojazz Mulatu Astatke and British jazz funk legend James Taylor. They also have trombonist Dennis Rollins and UK saxophonist Pete Wareham. Angelique Kidjo, a Beninese singer and Grammy Award-winner, and the Hackney Colliery Band have seamlessly transformed their live energy into eleven original recordings that push the form and groove in an impressively. The band’s most exciting material has been compiled by Luke Christie, Olly Blackman, and Steve Pretty. ‘Mm Mm’ (feat. “Mm Mm” (feat. Angelique Kidjo) combines Beninese grooves and wah pedal trumpet textures. Kidjo’s high voice and Roundhouse Choir add a richness to the composition. Bugge Wesseltoft, a Norwegian pianist, brings a euro/nujazz vibe to ‘Snowfire’. Dennis ‘Funkybone Rollins’ adds a carnival-flavoured trombone to the album’s ‘Ricochet. Hackney Colliery Band’s music is full of energy, respect for tradition, and London exuberance. This is best illustrated in the thrilling James Taylor collaboration, Hypothetical. Taylor’s Hammond organ evokes the Acid Jazz era that gave him his name. New single ‘Netsanet’ (feat. Mulatu Astatke is a deep exploration into Mulatu’s Ethio-jazz. ‘Netsanet’ (feat. Pete Wareham, a stalwart in the London jazz revival, lends his free-flowing sax for ‘What’s Gone Before. This leads us to a powerful communion between jazz and brass as Mulatu Astatke’s ‘Derashe’ takes the listener on a rhythmic journey, accompanied by blasts from horns, and Mulatu’s signature vibraphone. Two spoken word compositions, ‘Why Yellow’ (with comedian Rob Auton and writer from York), add an introspective voice and perspective to ‘Collaborations Volume One’. Hackney Colliery Band is not content to rest on their laurels. They already have a few collaborations in the pipeline for ‘Volume Two’. With additional live shows scheduled for 2019, including the album launch at Ronnie Scott’s Jazz Club and further concerts, 2019 will be HCB’s most successful year, both live and recorded. FROM www.hackneycollieryband.co.uk