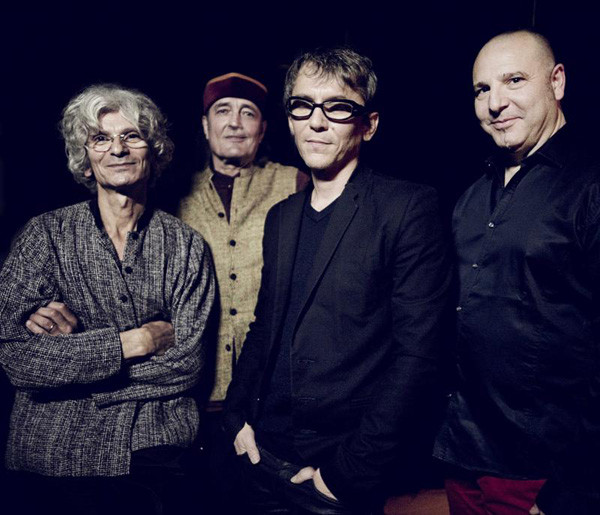 France’s Hadouk Trio gathered musical elements from all over the world to create an evocative and unique sound that lies somewhere between jazz and world music. The Hadouk Trio was led by Paris-born multi-instrumentalist Didier Malherbe, previously known for co-founding with Soft Machine alum Daevid Allen the famed psych-prog outfit Gong. Malherbe was with Gong for nearly a decade. He managed the band through many personnel and creative changes, before he retired in 1978. Throughout his travels Malherbe collected exotic instruments from the far corners of the earth, and after a series of short-lived experimental rock ensembles and a 1980 solo jazz-rock LP, Bloom, in 1994 he embraced world music by forming Hadouk with multi-instrumentalist Loy Ehrlich, a specialist in the hajouj, the African three-stringed bass that, along with the Armenian double-reed instrument the doudouk, gave the project its name. Mahlerbe and Ehrlich recorded and toured initially as a duo and released their debut album, Shamanimal, in 1999. Their ranks expanded to include American percussionist Steve Shehan. Shehan is a veteran who has played with Paul Simon and Bob Dylan. In 2002 Hadouk Now was followed by the Hadouk Trio, who released their first concert album, Live at Fip, two years later. Utopies 2006 features three songs featuring American trumpeter Jon Hassell. From www.allmusic.com