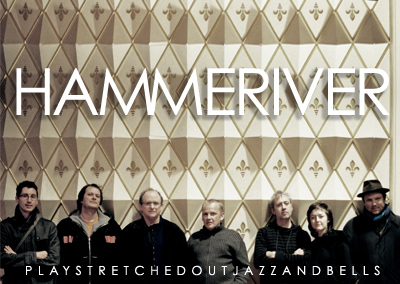 Clare Cooper, who is somewhere in the middle of Alice Coltrane, Led Zeppelin and Led Zeppelin was instrumental in creating Hammeriver in Australia. In 2003, he draws his inspiration from Jazz, musique concrete and blues. Hammeriver is a group of musicians from Australia and Europe who are currently based in Berlin. They include: Clayton Thomas (Australia), Werner Dafeldecker (Austria), Tony Buck (Australia), Tobias Delius, Christof Kurzmann, Australia) and Clare Cooper (Harp (Australia from http://mikroton.net).