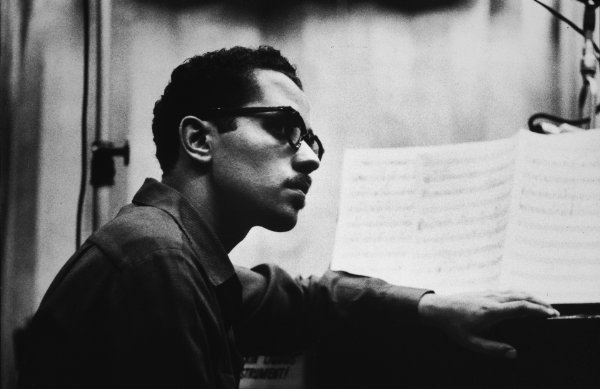 Hampton Hawes (1928-1977) was an African American jazz pianist. As a teenager, he was already playing with famous musicians like Wardell Gray and Dexter Gordon. He was part of the Howard McGhee Band, where he performed with Charlie Parker. Recorded with Charles Mingus (“Mingus Three”, 1957 Roulette), Hawes formed his own trio with Red Mitchell and Chuck Thompson. He was arrested in 1958 for heroin possession and spent time in prison until 1963 when John F. Kennedy granted him his presidential pardon. Only 48 years old, he died from a stroke. Text contributed by users is available under Creative Commons By–SA License. It may also be available under GNU FDL.