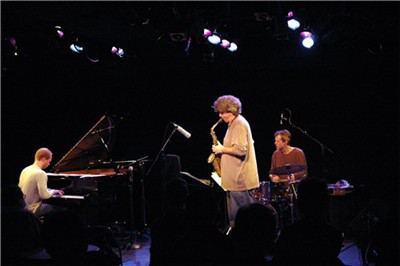 Hardcell was Berne’s main activity in the early-to middle aughts. Tom Rainey played drums and Craig Taborn was on keyboards. However, Taborn had already switched to an acoustic piano by the time this recording was made. The Prezens were also touring and already up and running by this point. It’s not as complicated as it seems, since Prezens is simply Hardcell and Torn. from https://somethingelsereviews.com