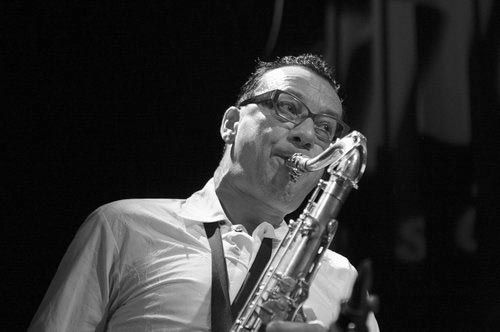 Harry Sokal, soprano and tenor saxophonist, looks back on a meteoric 25-year career that included collaborations with Wynton Marsalis and Wynton Muhammad, Johnny Griffin and Gene Jackson, Andy McKee and Kenny Clarke, Art Farmer and Palle Mikkelbourg as well as Terje Rypdal and Michel Portal. At the age of 10, he began playing jazz with Frank Zappa’s pianist Peter Wolf. He joined the Vienna Art Orchestra in 1977, which lasted until today. He also was a member for 15 years of the Art Farmer Quintet. Both of these formations have performed at major festivals all over the world. His contributions to the Carla Bley Big Band and Friedrich Gulda’s Paradise Band as well as his participation in the Paris scene, which was centered around Daniel Humair, are some of his highlights. He represented Austria in EBU Big Band, and he has raved in Munich with DJ Sven Vath. He recently joined the Band of Eric Ineke