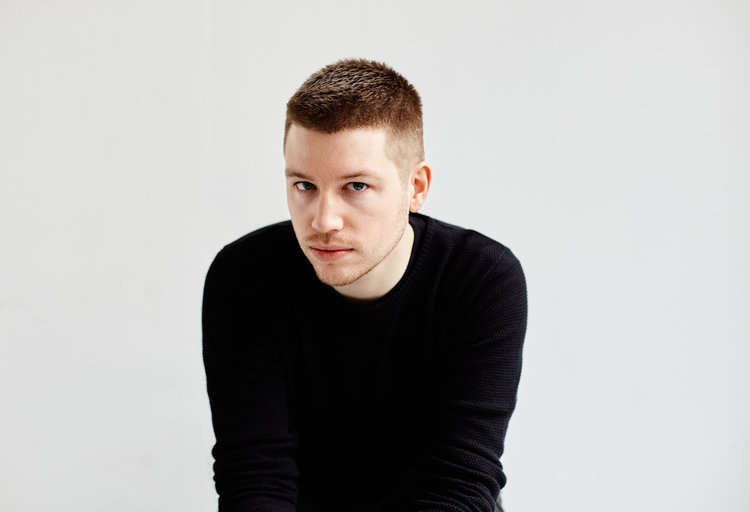 Hayden Prosser, double bassist and composer, is interested in the interplay between electronic and acoustic music. He also enjoys collaborating with musicians who are at the forefront of creative improvised musical compositions. Hayden’s latest project, Tether (Whirlwind Records), features original compositions for quartet. The debut release is set for May 2017. Hayden also has a duo featuring vocals and an electro-acoustic collaboration with two drummers. He was born in England in 1990 and is now based in Berlin. Hayden was born in Somerset, England in 1990. He developed a passion and interest for experimental music during his youth. This passion continued at Middlesex University, London, where Hayden studied jazz. Under the guidance of musicians Chris Batchelor, Stuart Hall and Michael Janisch, Hayden developed his own style of playing double bass. Hayden began performing in other musical styles such as music from the Balkans or Moroccan music for a short time before returning to jazz and improvised music. Hayden is an avid fan of electronic and acoustic musics. He often finds inspiration in musicians like Drew Gress (Craig Taborn), Tim Berne, Ralph Alessi (Tim Berne), Arnold Schoenberg, Boards of Canda. Autechre, Plaid, among others. Hayden was able to explore his creative process and the relationship between composition and improvisation because of the university’s openness to experimentation. Hayden continued to explore the double bass and composition. He also studied for a while with Drew Gress (New York) and Chris Lightcap (New York), who share a common musical language. Hayden was invited to record for Michael Whirlwind Recordings’ London-based label Whirlwind after hearing his compositions. Hayden formed a quartet in Berlin after moving to the US in 2015. He recorded his pieces with Elias Stemeseder, Philipp Gropper (Hyperactive Kid), and Max Santner(Philipp Harnisch Quartet). The release is set for May 2017. Hayden has performed at numerous UK venues including The Vortex, Royal College of Music and Alam Nathoo, along with being a member of the house band at Ronnie Scotts Jazz Club. He also has toured Europe and the UK with various bands. He has performed alongside, amongst other, Elias Stemeseder and Max Santner. Bernhard Meyer, Alamn Nathoo. Duncan Eagles. Dave Hamblett. Binker Golding. Sam leak. Andy Ball. Artie Zaitz. from www.haydenprosser.com