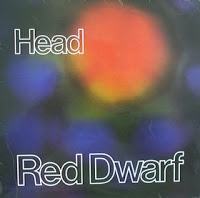 The small group Head, also known as the “haggis of jazz-fusion bands”, was active in Glasgow during the 1970s. The rhythm section of drummer Billy Kyle and bassist Graham Mince were consistent factors in the three albums released by the group over a five-year period, as was the presence of multi-instrumentalist John Davies, who doubled on keyboards and trumpet. The group also had other members who changed between albums. Charles Alexander, the guitarist, left to be replaced with Lachlan McColl. Gordon Cruickshank, the saxophonist, took over from Howard Copland. The Head liturgy was based on the concept of self-determination. SRT was the publishing house that released GTF, the group’s first release. This is a reference to a crude Scottish method of suggesting someone should leave quickly. Blackpool Cool, the band’s final commercial production, was released by Head Records. Head Records became its own label. This Head should not to be confused with other bands using this name, such a recent outfit led by Gareth Sager. Allmusic