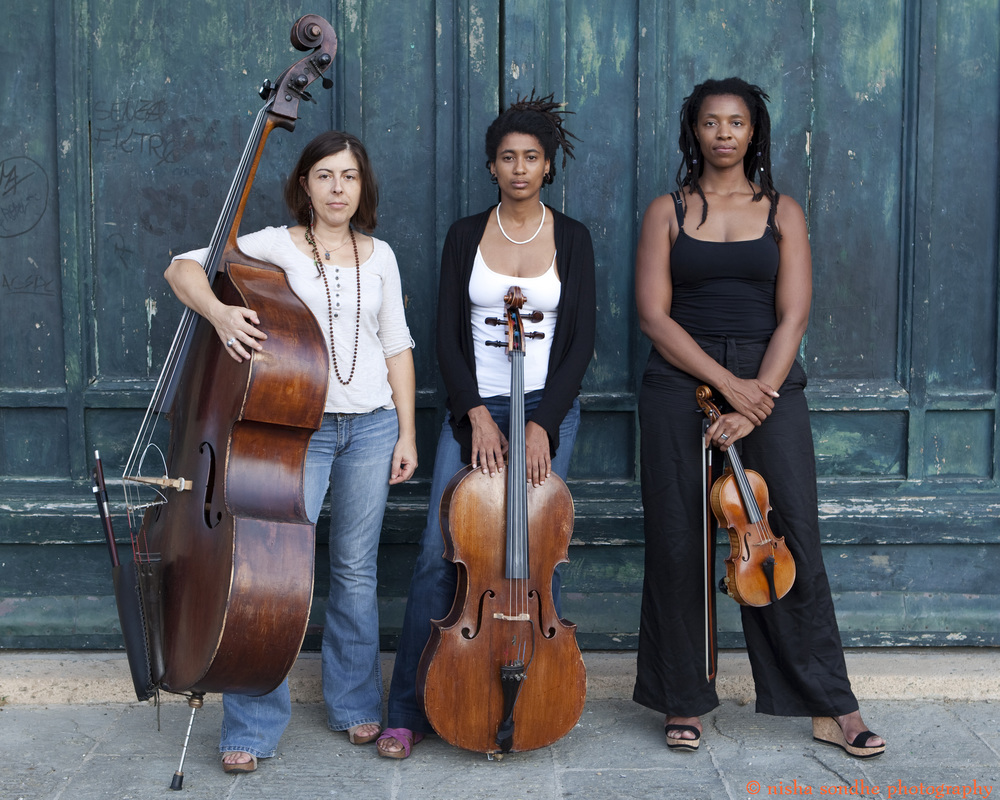 Hear in Now, a world-class string trio composed and improvised fluidly between free jazz, contemporary classical, folk music, and avant-garde, is made up of a group of women who work in a class almost entirely theirs. Originally formed by WomaJazz, Mazz Swift (violin), Tomeka Reni (cello), and Silvia Bolognesi(double bass), they met in New York, Chicago, and Siena IT for their first performance in 2009. Hear in Now, which has been around for 8 years, has evolved into a rare egalitarian group for these three musicians who are equally active sidemen and band leaders. Their musical history is impressive in these respects. They have performed and recorded with Common, Jay-Z, Kanye West, William Parker, Nicole Mitchell, Butch Morris and William Parker. In fact, they formed half of the Roscoe Mitchell Sextet at several European shows in 2017.