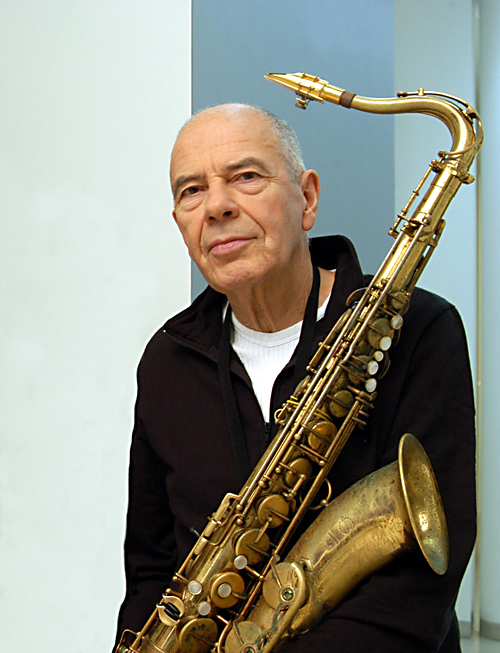 Heinz Sauer, a saxophone legend who is also a cornerstone of German Jazz, was born in Merseburg in 1932. He has been the saxophonist for the Jazz Ensemble of Hessicher Rundfunk since 1960. He was a member, from 1960 to 1978, of the Albert Mangelsdorff Quintet and Quintet. In 1968, he was also a member the German All Stars. He formed Voices, his first line-up in 1974. Sauer’s saxophone playing, and compositions are characterized by an obvious individuality and artistic intensity that is his trademark. He was awarded the Jazz Prize in Hessen, 1999 and the Albert Mangelssdorf Prize. from http://www.gubemusic.com