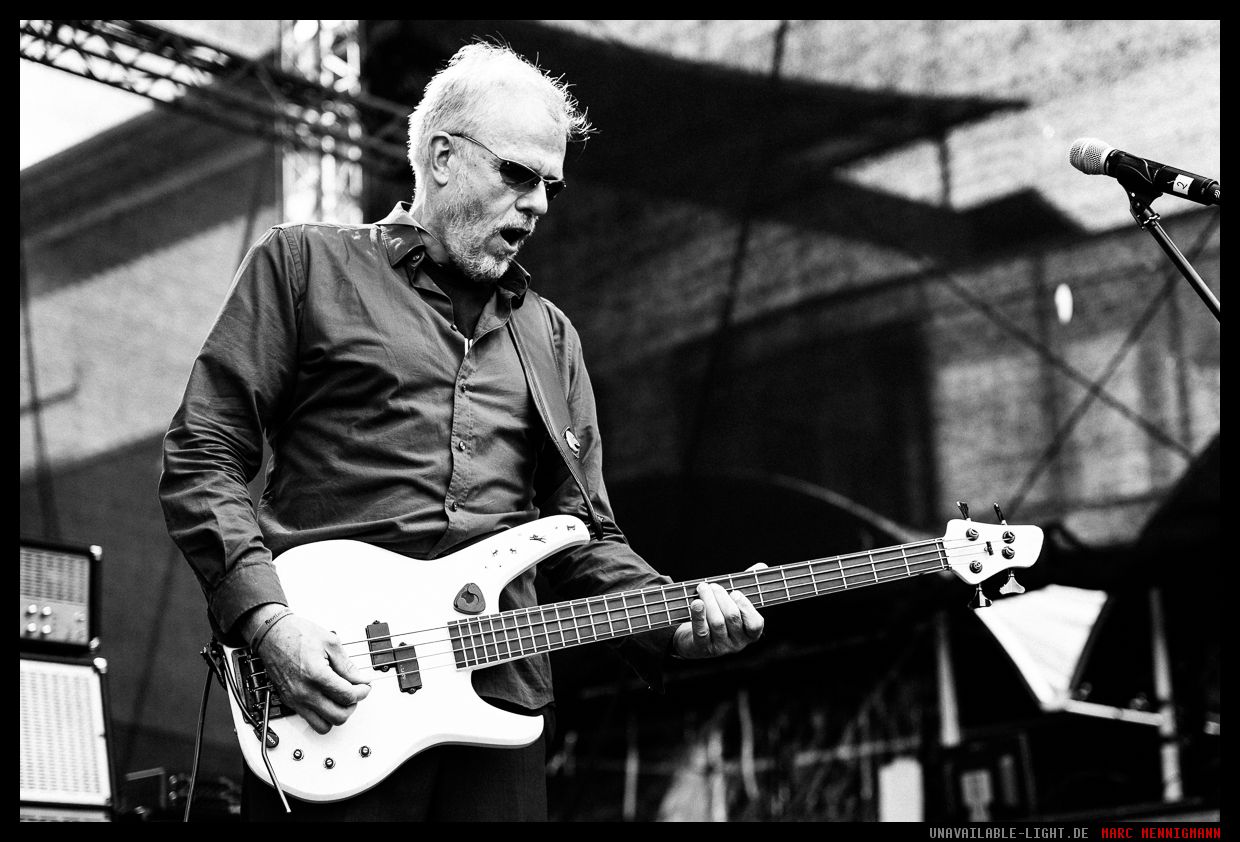 Hellmut Hattler is an extraordinary bass guitarist, composer, and producer. He is a living legend who has the rare ability to constantly reinvent himself. He is a musical genius who seems to be constantly improving his musical skills. This may have been due to his vita. After years of forced violin lessons, Hattler was ready to give up on musical instruments. When he began to experiment with the bass (the instrument that would lay the foundation for his fame), he had the firm conviction that he would only play what came from his heart. Another rare quality in today’s highly structured entertainment industry. Hellmut Hattler is known for his distinctive sound and unique, inspiring technique. He has also been able to inspire the music world with his creative endeavors and never slowed down artistically. Hellmut’s art rock band Kraan, which was founded in the 1970s, was one of few European efforts to offer an independent, unbiased answer to American jazz-rock pioneers Miles Davis and Herbie Hancock. It sold hundreds of thousands of records. Hellmut was a star on many stages and recordings throughout the 1980s. He was accompanied by Alphonse Mouzon and Brian Auger, among others. In the 1990s, Hellmut was part of Tab Two, an internationally popular acid-hip-jungle jazz duo. They released 10 albums on Polydor and Virgin labels. After a decade of touring, producing, and composing for pop stars like Tina Turner, they disbanded in 1999. Hellmut has been putting all his effort into a series titled “HATTLER” over the past few years. These releases have won numerous awards, including the Echo, which is the German equivalent to a Grammy. The brand new release, “The Big Flow”, features HH and Torsten de Winkel, a well-known guitarist and community activist. The catchy, broader-than ever melange of his much-loved electric bass guitar work, contemporary electronica and seriously soulful vocals (now thanks to the amazing discovery Fola Dada), is a catchy and broader-than usual mix of his beloved electric bass guitar technique with contemporary electronica. He also uses jazz “coolness” that he has made his signature sound, which he has used as his production sound, over the last five year. From www.talkbass.com