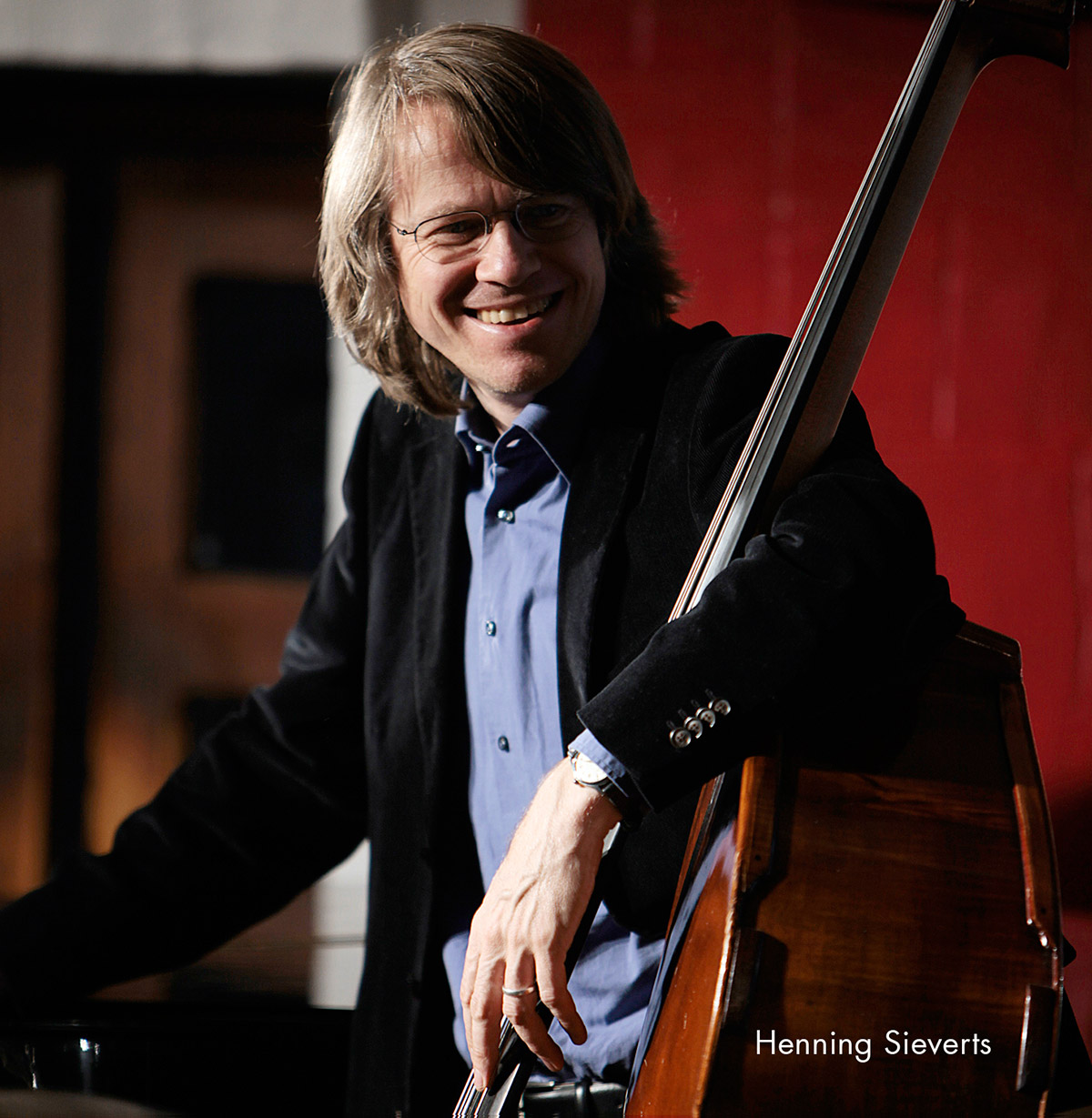 Henning Sieverts was born in 1966. He is a composer, cellist, and bassist. He has recorded over 130 CDs and 15 albums under his own name. He has also participated in six continent tours. His many awards include the International Society of Bassists’ best jazz bassist, the New German Jazz Prize, a s.s. oth cello, and the Echo Jazz 2010 award for Germany as the best bassist for playing his PIROUET CD Blackbird. He is also a producer and moderator of jazz programs for the Bavarian Radio and teaches composition, cello and bass at the Munich University for Music and the Performing Arts. from www.herzogpromotion.com