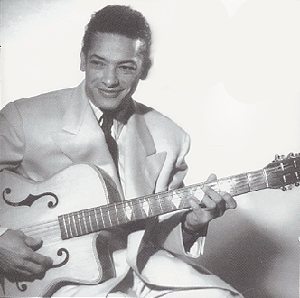 Henri Salvador, born July 18, 1917 in Cayenne (French Guiana), and died February 13, 2008, Paris) is a French singer. Clovis Salvador, his father, and Antonine Paterne, his mother, both hail from Guadeloupe. Antonine is the daughter of a native Indian from the Caribbean. Salvador recorded many songs with Boris Vian and Quincy Jones as the arranger. Salvador hosted several TV variety programs on French TV in the 60’s. Henri Salvador’s song “Dans mon ile”, written in 1957, is believed to have unwittingly inspired bossa nova Brazil. Carlos Tom Jobim would have exclaimed upon hearing the song: “This is what I have to do!” You can slow down the tempo and add a melody to it. Then, you can top it off with beautiful chords! Caetano Veloso, a brasilian singer and composer, made a direct mention of Salvador in his song “Reconvexo”. “quem nao sendiu o swing De Heri Salvador” Who hasn’t experienced the Henri Salvador swing? Henri Salvador had a hit in France with “Zorro est arrivé” (1964), which was inspired by “Along Came Jones”. His song “Mais non, mais non” (1969) inspired Jim Henson’ song Mahna Mahna. These comedy songs made him a well-known French comedian. His humoristic songs are also known for his charming personality and catchy laugh. He is the brother of Alice and Andre. He was a comedian and musician. He discovered new French talent Keren Ann, and Art Mengo. Text contributed by users is available under Creative Commons By–SA License. It may also be available under GNU FDL.