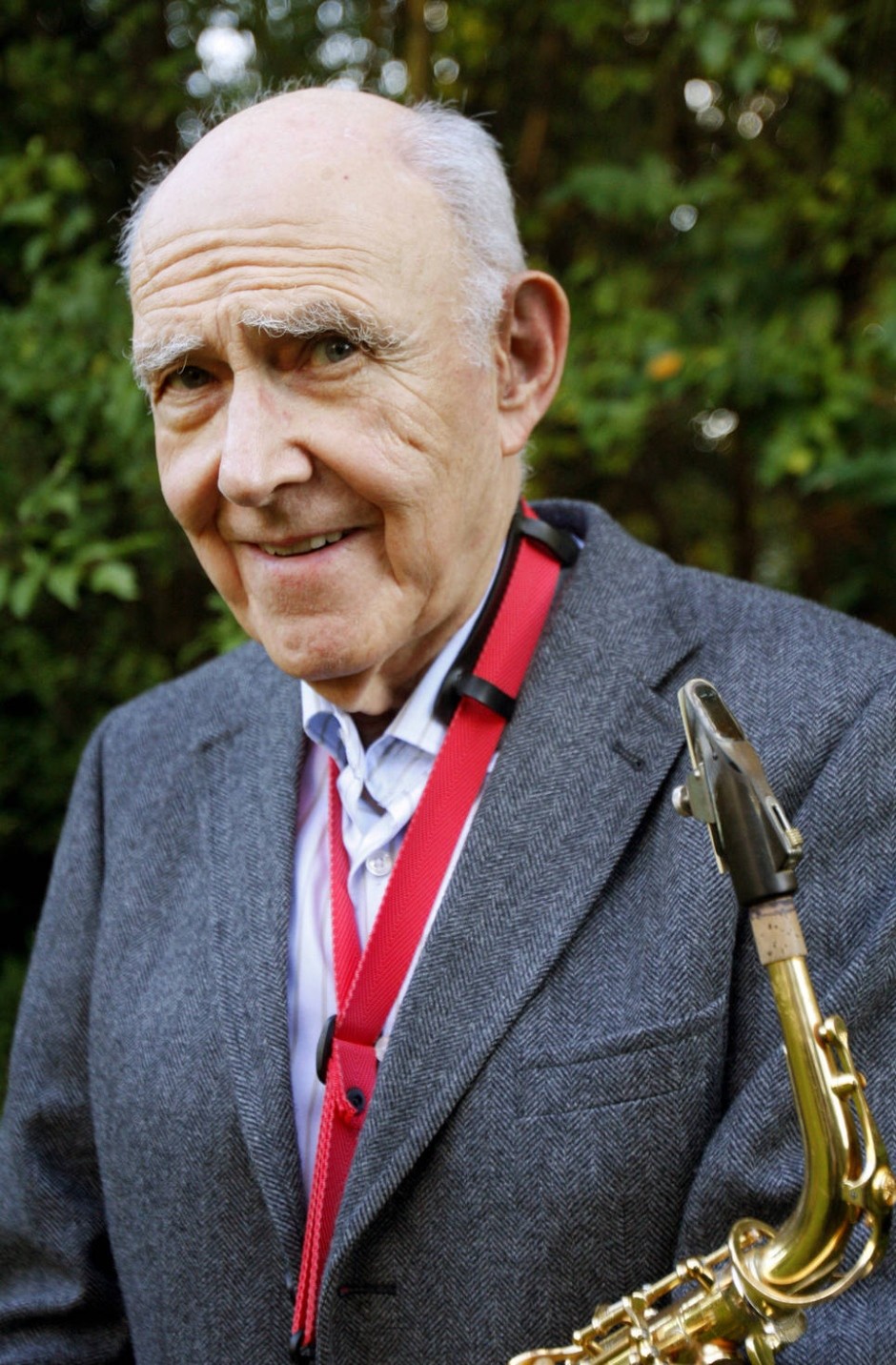 Herb Geller was born on 2/11/1928 in Los Angeles. In 1945, Mike Riley’s Mad House in Los Angeles was his first job. After that, he joined Joe Venuti’s jazz band and then landed in New York as a member of the Claude Thornhill Group. This was at a time there was still a jazz performing and recording scene. He met Lorraine Walsh, a jazz pianist, and they were married there. It was then back west to join the growing “west coast jazz school” in Los Angeles, which included Shorty Rogers and Art Pepper as well as Chet Baker and Shelley Manne. Geller was also a member of an early Maynard Ferguson’s Orchestra. Lorraine, his wife, co-led a successful quartet that was tragically ended in her early death in 1958. This was a turning point in his life. He left Brazil for a time of revaluation before setting sail for Europe. He began his career in 1962 with the Berlin Radio Orchestra, before moving to Hamburg and assuming a permanent position with the NDR Orchestra. This was where he remained for more than twenty-five years. This was a good financial move, but radio orchestras do not allow for freedom of expression. In the meantime, he had remarried and settled down in Hamburg. He released his first jazz combo album in 1990, after leaving the United States. In 1993, he retired from the NDR Orchestra and was able to tour the U.S. and Europe. He has recorded recently with younger musicians from Hamburg (I’ll be Back CD 2074), and in the U.S. he recorded for Fresh Sound, VSOP, and “The Alcohn Songbook” (HEP 2066). He met Brian Kellock, a Scots pianist. The album entitled “The Hollywood Portraits” was recorded with Kellock in London the year after he returned from a brief tour of the U.K. This album featured original music that honored some Hollywood legends like Marilyn Monroe, Judy Garland and Ingrid Bergman. Herb’s playing is a blend of Benny Carter’s singing alto style and the innovative departures made by Charlie Parker. Herb is the last of the great jazz alto players to be able to compose, and his knowledge of the structure of standard standards is unsurpassed. There are many more. Visit www.hepjazz.com for more information