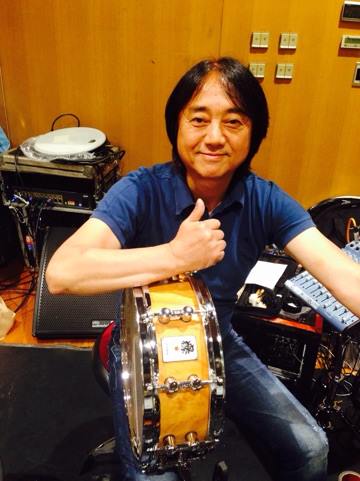 Born in Kumamoto, Japan. He moved to Tokyo in 1974. In 1978, he formed the legendary experimental rock band MARIAH, with Yasuaki Shimizu as the saxophonist. Later, he joined Kazumi Watanabe’s Band, jazz guitarist master. He is also well-known for his long tenure as the drummer for trumpet virtuoso Toshinori Koondo.