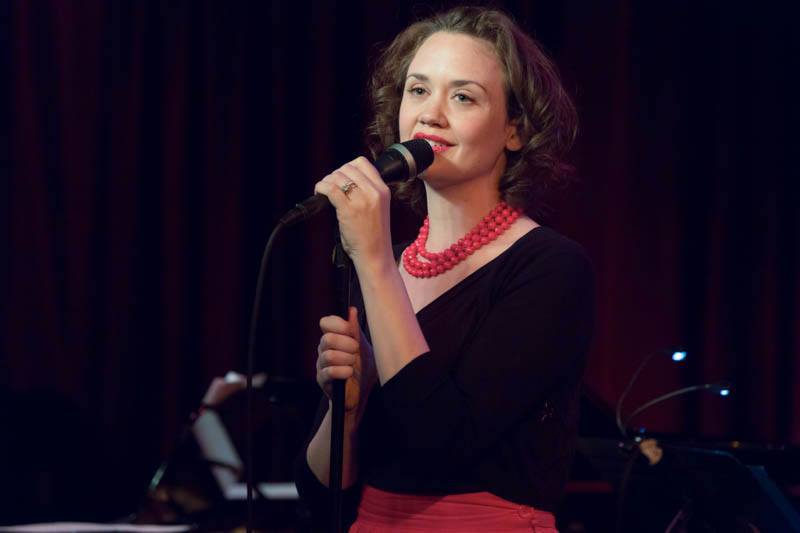 Hilary Gardner, a well-known singer, grew up in Wasilla in Alaska and was always infatuated by New York City. The Great City is her stunning debut album. It’s part love letter and part lament about New York City and all the big dreams that it holds. Jonathan Schwartz has maintained The Great City in constant rotation on his radio show and the album has received glowing praise from New York’s jazz community including Terry Teachout (Arts Journal and Wall St. Journal) The Frank Sinatra estate selected Hilary to be the on-stage singer in Tony-award winning Tony-winner Twyla Tharp’s Come Fly Away in 2010. Hilary performed solos and duets alongside Frank Sinatra, backed by a big band of 19 musicians. The performance was praised by critics as “wonderful”, “elegant”, and “terrific” (New York Observer). Hilary is a regular performer in New York City. She has performed at Birdland and at Symphony Space, Jazz at Kitano, and Cafe Carlyle. She has performed as a soloist with many symphonies in the United States, including the Carolina Philharmonic and the Ridgefield Symphony of Connecticut, New York’s Rochester Philharmonic, and the Minnesota Orchestra. Multi-platinum recording artist Moby featured Hilary prominently in Wait For Me (Mute Records/EMI), his 2009 album. from http://www.hilarygardner.com