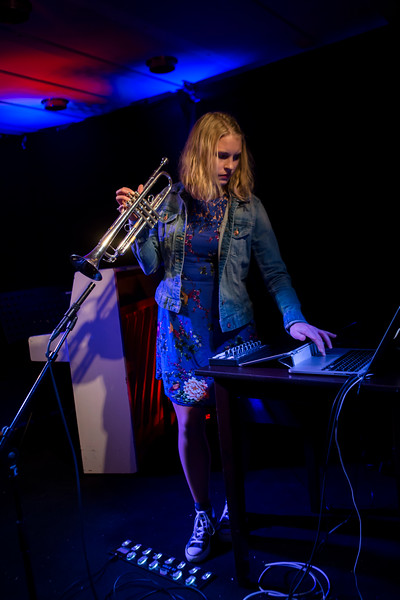 Norwegian Hilde Marie Holsen has carved out something very particular and niche in music. Processing her trumpet in the electronic realm, she blends the mournful tone of the brass instrument with the explorative field of electronic music to make music that lists somewhere between jazz, the contemporary and drone music. Holsen’s music has unpicked the frayed boundaries of traditions, calling in a new generation of artists that abandoned stale and repetitive conventions in favour of establishing something unique, in the realms of contemporary music. Holsen’s debut album «Ask» was released on the Norwegian label Hubro in 2015, and hit the shelves with critical acclaim from amongst others The Guardian, The Wire and The Quietus. Since then, she’s gone on to perform on a number of world stages, both as a solo artist and in collaboration with other musicians, while also continuing her work in the recorded field. In 2018, Holsen followed up with her second solo album, «Lazuli», also released on Hubro, and was claimed to be «an almost shockingly complete musical statement». from www.hildeholsen.com