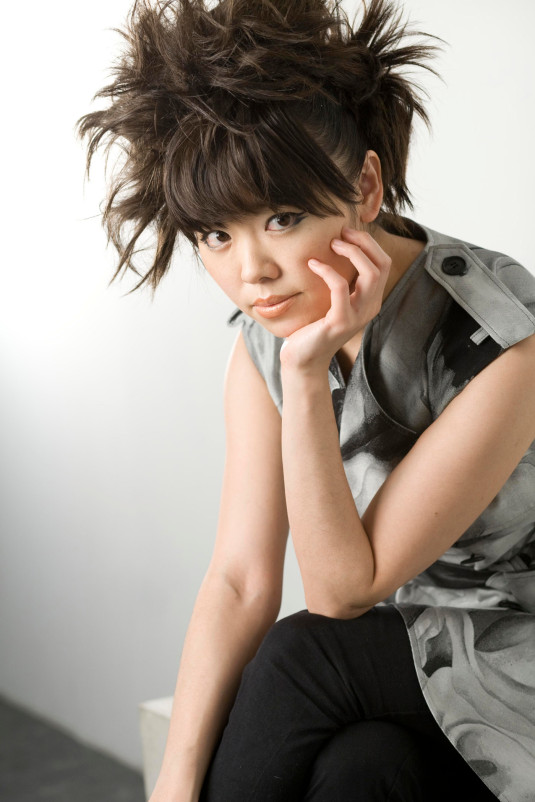 Pianist and composer Hiromi Uehara was born in Shizuoka, Japan, in 1979. At the age of six she started playing piano. Within a year, she was a student of the Yamaha School of Music, whose progressive approach to musical training allowed the young student to shape her technical skills, writing, and performing. After relocating to the United States in 1999, she continued her studies at the Berklee School of Music in Boston, where she received a full scholarship. It was there that Hiromi developed her varied musical taste, encompassing everyone from J.S. Bach to Sly & the Family Stone. While at Berklee, she also had the opportunity to play with jazz piano legends Oscar Peterson, Chick Corea, and her mentor, Ahmad Jamal. In 2003, Hiromi recorded her first disc, Another Mind, on the Telarc label, produced by Jamal. Brain was released a year later, followed by the pianist’s third trio album for Telarc, Spiral, in 2006. For her next album, Hiromi augmented her trio with avant-fusion guitarist Dave Fiuczynski, releasing Time Control in early 2007. Beyond Standard, a thematic continuation of Time Control, was also recorded with her Sonicbloom trio and released a year later. The solo piano set Place to Be followed in 2010. from allmusic